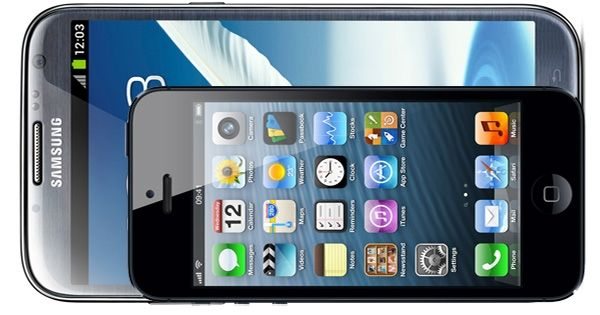 Two smartphones, two massive names and the game for popular demand, this year is going to be huge when it comes to sales from Apple and Samsung. We would like to talk about the Samsung Galaxy Note 3 demand after iPhone 5S and what will be more successful.

Earlier on today we learned that the Samsung Galaxy Note 3 could possibly be announced at the IFA 2013 show in Berlin, Germany, which kicks off on the 6th September and finishes on the 11th. No one knows what the screen size is going to be but there are rumours that the phablet could have a new Sharp LCD display, we are hoping that the size will be somewhere between 5.9 and 6.3-inches, time will tell.

The Galaxy Note 3 will no doubt have all the goodies the Galaxy S4 has and much more, they really need to keep the stylus, as this is what it unique to the Note series. Will the next Unpacked event happen before September or after, what we do know for sure is that the Galaxy Note 3 will be announced after the iPhone 5S, which is in June at WWDC 2013.

The Note 3 will be a massive hit there is no doubting that for a second, loyal Apple owners will buy the iPhone 5S but we have to sit back and think about this, it will be a smartphone that is a refresh of the iPhone 5 and the only real difference will be a few additional features such as processing power, the real difference will come via the iOS 7 software release. Do you really think the iPhone 5S will come with new bells and whistles? Well, we do hope so because competition against rivals Samsung with be healthy competition, heck this is why Phones Review is still here because it makes it all that much more fun.

So In A Nutshell
The Apple iPhone 5S will makes it debut in June at WWDC, the Samsung Galaxy Note 3 will probably make an appearance in September, to be honest we will be shocked if it is before. The demand for both phones will be immense and sales will just go through the roof, we are looking forward to the two announcements.

Head On The Block
Oh gosh, where do we stand when it comes to popular demand — We actually love both iPhone and the Note series, but in the back of our minds the Note 3 will be a powerhouse with many more features than the iPhone 5S. Apple we demand that you prove us all wrong and steer away from an iPhone 5 refresh release.

Do you want the iPhone 5S or the Samsung Galaxy Note 3, what will prove to be the most popular when it comes to demand?