Ravensword: Shadowlands for Android, stunning RPG to the masses 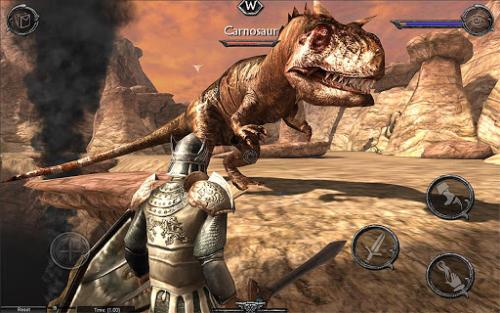 RPG games have always been extremely popular for owners of PCs and home gaming consoles, but with the improvements in mobile technology in recent times we have seen some great titles becoming available on the various platforms. Today we have news of the Ravensword: Shadowlands for Android that brings a stunning RPG experience to the masses.

If you’re a fan of the Elder Scrolls series then there is a good chance you will love this Crescent Moon title that has been available to iOS users since late last year. The game is packed with a huge number of features that are coupled with some stunning visuals.

There is everything that you would come to expect with an RPG game but this one is for mobile users to enjoy anywhere. Users have the ability to change between 1st and 3rd person viewing, and features such things as horseback combat and pick pocketing.

Players are promised a huge 3D world that they can explore with an original soundtrack that has been composed by Sean Beeson, and there are hundreds of items for players to use along with lots of enemies that include prehistoric creatures.

It does seem since the game became available some users have experienced some bugs but there has now been an update, and the majority of the user reviews are extremely positive. Ravensword: Shadowlands is priced at Â£4.63/$6.99 via Google Play.

Have you played Ravensword: Shadowlands?