Samsung Galaxy 2 Plus priced in India with imminent release 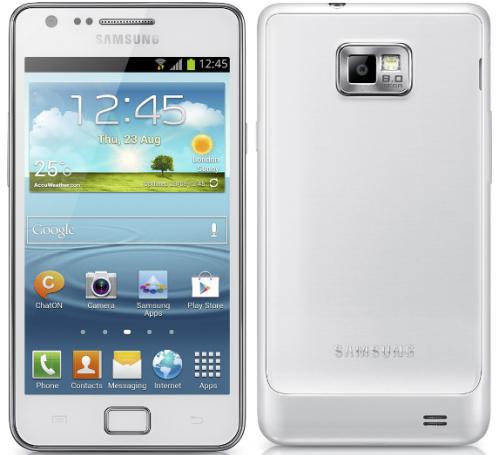 While Samsung has now officially announced the Galaxy S4, the handset that really got the ball rolling for the company has recently got a bit of a refresh and called the Samsung Galaxy S2 Plus, and the device has been priced in India with an imminent release.

The Samsung Galaxy S2 Plus was officially announced back in January that left some wondering why the company would provide such a device, but now the handset has gone up for sale on infibeam in India and priced at Rs. 22,900.

The handset is down to be released in only two days time on Thursday, March 28th with shipping estimated to take between two and three business days after the release date for the Galaxy S2 Plus. To recap the smartphone features a 4.3-inch Super AMOLED Plus touchscreen display at 480 x 800 resolution and powered by a dual core Cortex A9 processor clocked at 1.2GHz.

Other features include an 8-megapixel rear facing camera paired with LED flash and capable of 1080p video capture, while around the front is a 2-megapixel front facer. There is 1GB of RAM along with 8GB of on board storage that can be expanded up to another 64GB via microSD card, and the handset will come running Android 4.1.2 Jelly Bean straight from the box.

Are you going to pick up the Samsung Galaxy S2 Plus?