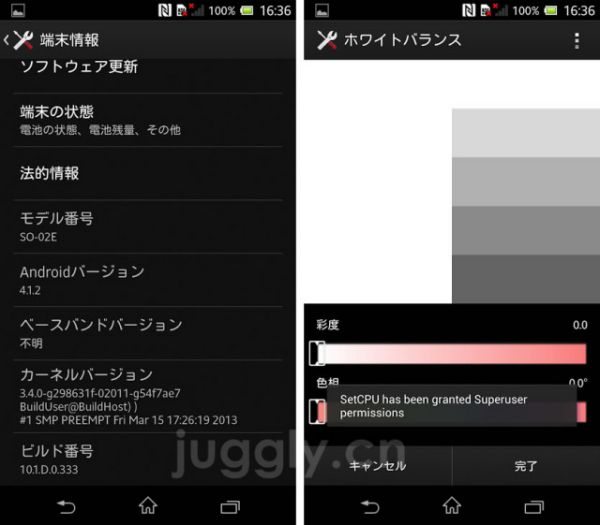 Those of you that own the Sony Xperia Z smartphone on the NTT DoCoMo network will be very happy to learn there is a new firmware update that fixes the sleep of death bug, amongst other things.

The Sony Xperia Z with the model number SO-02E in Japan can now install the latest 10.1.D.0.333 firmware update, those that do decided to download the new update will be happy that it fixes the ‘Sleep of Death’ problem as well as adding the ‘White balance’ display calibration setting.

Hopefully we will get an email update mentioning this update will release on the western Xperia Z (C660X) handset soon, Juggly.cn (Translated) reports that they used the update and it was performed in a state where it became root, which means the root condition was reserved even after the update.

Please do let us know if you live in Japan and have the NTT DoCoMo Sony Xperia Z smartphone, we would also like to know if the firmware update was ok for you?

Wish to say thanks to xperiablog.net