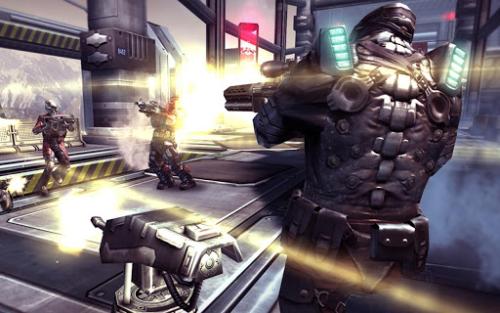 There are certain games available on mobile platforms that really capture the hardcore gamers’ imagination, and now SHADOWGUN: DeadZone 2.0 is released on Android, with some great new features.

The game is easily one of the most popular multiplayer shooters that are available for Android users, and the game has just received a nice big update that brings some excellent new features. The game is listed to be available for hardware that is running Android 3.0 or later with at least 512MB of RAM, but obviously the game is a lot better on higher end devices and runs lovely on my Tegra 3 powered Nexus 7.

This update isn’t just some minor bug fixing release as the developer Madfinger has added a number of improvements and new content. There are now gold rewards for players that take anyone out with active Boosters, new maps that include Assembly, Train yard, Vortex, and Warzone.

There are now four new cool weapons that include the likes of a Plasma Rocket as well as some Sentry Guns, and you will also find daily challenges and rewards. Menu and navigation screens have been improved, and the game now supports 8 new languages that include Chinese, French, German, Italian, Japanese, Korean, Spanish, and Russian.

Downloader’s of the game for the first time will also now find a Special Tutorial mode to help them get started, and for a free game it has a lot offer, and to find out more head over to Google Play.

How have you found these latest changes to the game?