HTC One vs Nokia Lumia 920 in OIS video tests 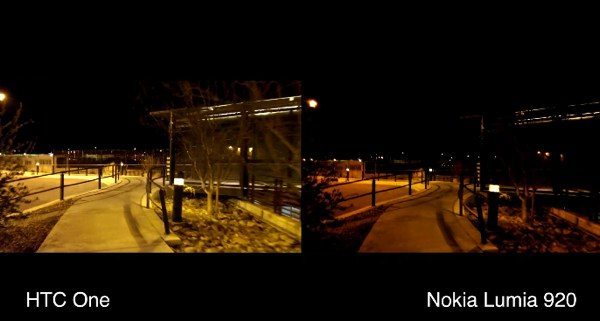 With more and more of us using our mobile devices for our everyday camera use the camera technology of smartphones is developing all the time. The HTC One and Nokia Lumia 920 are two smartphones that feature OIS (optical image stabilization) and they have now been subjected to a video stabilization challenge so see which one comes out best. The winner was quite clear and so read on and watch the videos below to find out which one came out on top.

The test was carried out both in daytime and at night by AnandTech and involved the two smartphones being mounted on a bracket and carried manually as smoothly as possible. The first of the videos below this story shows the results of the HTC One and Lumia 920 side by side when filming in daylight and there definitely appears to be less juddering and shaking with the camera of the Nokia Lumia 920.

The same test was then carried out in low-light conditions and you can see this in the second video below this story. Again the Lumia 920 showed far more stabilization than the HTC One. However the HTC One showed a lighter video image due to its ‘Ultra’ pixels although the amount of light is maybe a little unrealistic. The second half of this video also shows the HTC One up against the iPhone 5.

Why not take a look at the videos below this story and see what you think of the differences and let us know with your comments. Do you agree that the Lumia 920 is the clear winner or maybe you prefer the lighter video of the HTC One as far as low-light conditions are concerned?