Samsung Galaxy S4: Is it living up to the hype? 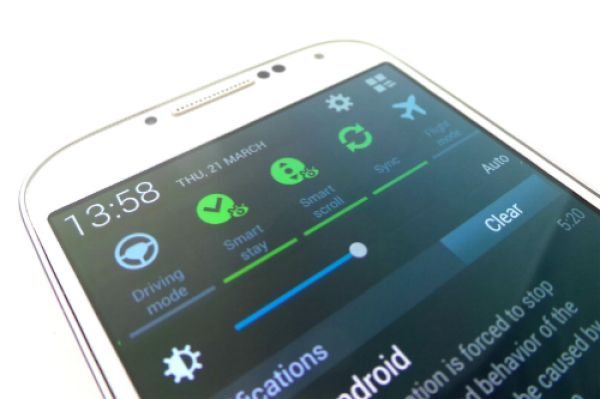 The Samsung Galaxy S4 was unveiled little more than a week ago and the Korean smartphone manufacturer’s latest offering is already gearing up to be a hit with users across the globe, well before pre-orders begin. It is rumoured that Samsung spent millions of pounds on the launch, which took place in New York on 14 March, but the event, which had all the trappings of a Broadway musical was criticised by some industry experts as being too ‘cheesy’ and ‘over-hyped’.

Despite the mixed reactions the handset has still managed to spark huge amounts of interest amongst potential consumers. High street retailer Phones 4u recently revealed that the demand for the device is 40% higher than that of the multi-million selling former flagship, the Galaxy S III.

Although this figure may not be a precise indication of how well Samsung’s flagship of 2013 will do once on sale, it has certainly drummed up a lot of excitement. The Galaxy S4 is set to go on sale in 155 countries and is expected to hit the shelves at the end of April, but there is already speculation that the S4 Mini will follow in just a few months time.

If rumours of a Galaxy S4 Mini prove to be true this would see the firm emulating exactly what it did last year with the Galaxy S III Mini, a mid-range handset that was touted as a smaller, more compact version of the S III (but in reality, wasn’t quite that).

Both the S III and S III Mini did exceptionally well in terms of sales and understandably the manufacturer wants to replicate this success. But, with industry experts already drawing significant similarities between the S4 and the S III, particularly in terms of design, Samsung must ensure its strategy going forwards is fresh and innovative if it wants to continue standing out from the crowd.

Over the past few years Samsung has worked hard to position itself as a leader of smartphone innovation and there is no doubt that the S4 comes packed with an abundance of new software features. But with the S III being such a hard act to follow, is the firm’s latest offering going to be enough to reach the level of success achieved by last year’s flagship?

Once the S4 goes up for pre-order the firm will be able to start to gage how well the device is going to do. Luckily for Samsung it is already in an extremely fortunate position financially, so regardless of how well the S4 does in the long run, it shouldn’t affect the company’s market share too much.

The Galaxy S4 has also ruffled the feathers of its competitors already, and shortly after the device was unveiled Apple launched a webpage dedicated to the reasons why the iPhone is better than any other smartphone.

Taiwanese manufacturer HTC has also been very vocal about its feelings, branding the S4 the “next big flop” (a play on Samsung’s “The Next Big Thing” marketing strapline) and speaking after the S4 launch event HTC’s president of global sales Jason Mackenzie said, “it looks like they invested a lot in marketing instead of innovation”.

Despite the comments, HTC has since announced it is going to up its marketing ante by 250% in order to compete with the likes of Samsung. However this shouldn’t worry the Korean manufacturer too much and as long as the S4 continues to hog the headlines then Samsung will be able to maintain a substantial distance ahead of its rivals.

For a closer look at the Samsung Galaxy S4 and to decide if you think it’s got what it takes to be as successful as the S III, check out the hands-on video review below.

7 thoughts on “Samsung Galaxy S4: Is it living up to the hype?”