Alleged iPad 5 panel may reveal design ahead of release 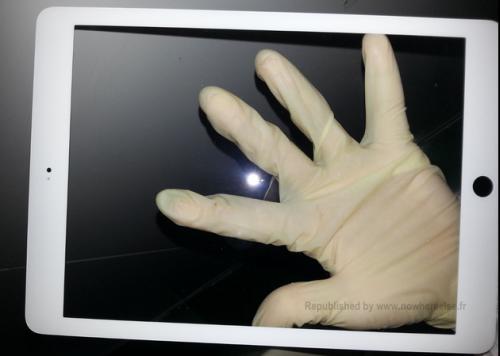 For the last few months there have been a number of rumours about the fifth generation of iPad from Apple, and many of these various leaks are seemingly pointing in the same direction. Now the latest news we have for you is an alleged iPad 5 front panel that may reveal the design of the device ahead of its eventual release.

Only recently we hard that mass production of the Apple iPad 5 would begin in either July or August, and again speculation hinting the device would be of a similar design to the iPad mini. Now the image you can see on this page is supposedly of the front panel from the upcoming iPad 5 that shows the device is set to become more compact.

As you can see it has a narrower side bezel just like the iPad mini and would mean the full sized 9.7-inch iPad being more compact could be possible. There is a good chance that if Apple does release the iPad 5 featuring a narrower form factor the device will appeal to a larger audience.

While having a tablet with a larger screen is great, holding the device for any length of time in one hand can easily become tiresome, which can be put down partly to the great pull recently towards smaller slates away from the obvious price savings.

If this front panel is the real deal it could also mean that Apple has already started production of the iPad 5, but for the time being it is only a rumour until we hear any official news from Apple.