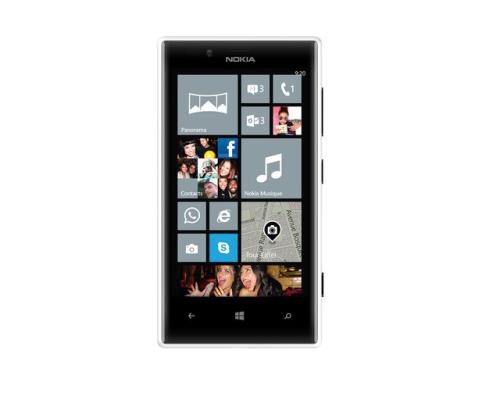 This year has seen Nokia quickly expanding its range of Windows Phone 8 hardware that is offering consumers more choice especially with the pricing of the handsets, and now pre-orders have started for the Nokia Lumia 720 in India.

We last heard about the Nokia Lumia 720 and the entry level Lumia 520 were heading to the country last month, and now online retailer Flipkart has started pre-orders for the Lumia 720 and priced the device at Rs 18,999 with delivery expected during the last week of April.

The device now joins the other Nokia Lumia WP8 handsets that are already available in the country, and the handset features a 4.3-inch IPS LCD touchscreen display with a resolution of 480 x 800. This is powered by a dual core Qualcomm Snapdragon S4 Plus processor that is clocked at 1GHz and paired with 512MB of RAM.

Storage wise the handset comes with 8GB built in with the option of expanding by a further 64GB via a microSD card, and on the back is a 6.7-megapixel camera with Carl Zeiss technology that is capable of 720p video capture.

On the front there is a 1.3-megapixel secondary camera for all those video conferences, and other features include Bluetooth 3.0, NFC, GPS, and a 2,000 mAh non-removable battery, and if you fancy pre-ordering the Nokia Lumia 720 click here.