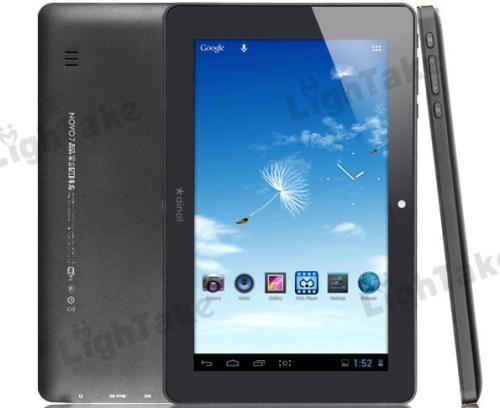 Just like smartphones on the platform Android tablets have also been continually dropping in price in recent times, and if you are after a bargain the strangely named Ainol Novo 7 Crystal 2 tablet PC may be ideal with its quad core power plant and Android Jelly Bean on board.

While we have seen the likes of the Nexus 7 bringing more users to the Android platform via a tablet, there is a whole host of other devices becoming available. The Ainol Novo 7 Crystal 2 is now available for only Â£68.71/$94.89 with free shipping around the world thrown in as well, and can be purchased here.

The device may not be the most stunning 7-inch slate available but for your money you get a tablet offering a LCD capacitive display with a resolution of 1,024 x 600 and powered by a quad core Cortex A9 ATM7029 processor running at 1.5GHz, which is paired with 1GB of RAM.

There is also 8GB of on board storage that can be expanded further via microSD card, and you even get a front facing VGA camera along with that all important Android 4.1 Jelly Bean operating system straight out of the box.

Other features include Wi-Fi 802.11 b/g/n, Flash Support, 3,700 mAh battery, mini HDMI port, 3.5mm headphone jack, and microUSB port. While there is no GPS or Bluetooth for the money the Ainol Novo 7 Crystal 2 could quite possibly be the bargain of the year in the tech world.

Do you think the Ainol Novo 7 Crystal 2 is worth the money?