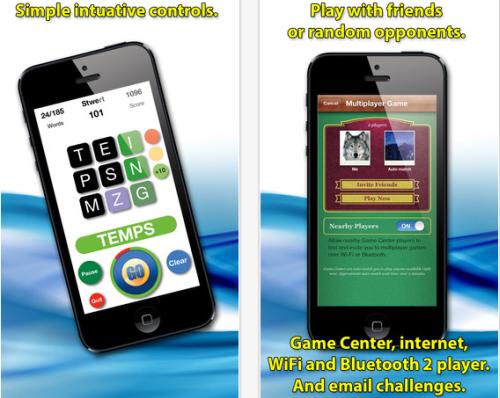 There has been a growing craze with word games in recent times with a huge number of different titles available to users, and today we have news of a brand new game for the iPhone called AmaiS that also has a multiplayer option.

This new game has just been released to the App Store for owners of the Apple iPhone, iPad, and iPod Touch to enjoy that contains a number of games and modes that have been designed to challenge you at the same time as being entertaining.

Users can play on their own or challenge friends or other players via the Game Center, or if a user doesn’t use Game Center they can use the email challenge feature to play against someone else. The game has been designed to focus on fun and interaction as users make words from a grid of nine letters as try and get as many words as possible before the time runs out.

There are power-ups, multipliers, and bonuses to increase you score even further, and while playing someone else you can freeze power-ups, and the multiplayer mode can also be used via Bluetooth or a Wi-Fi connection. There will be more games and achievements to keep things fresh and fun, and much more.