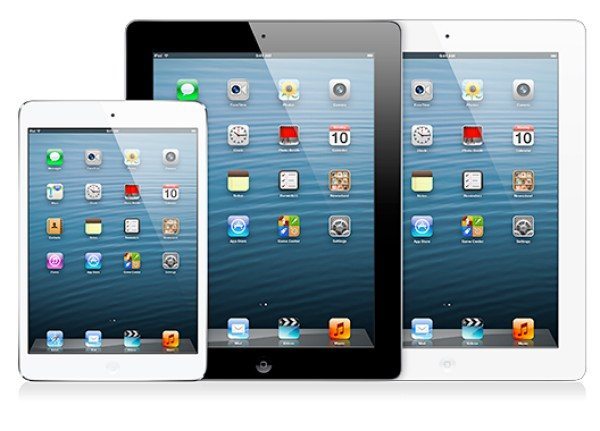 The Apple iPad 5 and iPad mini 2 are both expected to release this year and will no doubt continue the company’s dominance in the tablet market. Many of us though will always associate Apple even more with the iPhone so you may be surprised to hear that future Apple progress is now forecast to be led by iPads rather than any other Apple device.

Earlier this year the iPad 5 was expected to release as early as March and more recently a summer timeframe has been mentioned. As far as the iPad mini 2 is concerned, a Q3 release has been rumored recently and this fits with Apple CEO Tim Cook’s recent statement that seemed to dispel any more products for at least the first half of this year, saying instead that more hardware and software would arrive later in the year. Now a new report discussing Apple’s next wave of growth puts the iPad very much as the driving force behind future progress for the company.

Slate tech commentator Farhad Manjoo recently discussed the saturated market for high-end smartphones while the market for low-end devices is growing. At the moment the iPhone is losing market share because of this. However recent figures show that iPad sales grew by 65% in Q1 this year compared to the same quarter last year. While the iPad sold 19 million units, far less than the iPhone’s sales of 37 million units, the growth rate of the iPhone was only 7% by comparison.

According to Manjoo this means that the iPad could overtake the iPhone as the best-selling Apple device by 2015 if the same pattern continues, something we would never have contemplated a few short years ago. Manjoo asserts that if this happens the whole way that people view Apple will be transformed, from the company that sells the iPhone to the tablet company that also sells some phones and Macs.

This is certainly an intriguing thought and it will be interesting to see if the iPad 5 and iPad mini 2 continue this successful trend for Apple’s iPad. In the meantime we shall continue to follow developments for the next iPads and pass on that news as we hear it. While we wait we’d really like to know if you are surprised by this news.

Do you imagine that Apple will really become more associated with being a tablet manufacturer rather than for the iPhone? Is there anything Apple can do to rejuvenate growth in the market for the iPhone? Let us know with your comments.