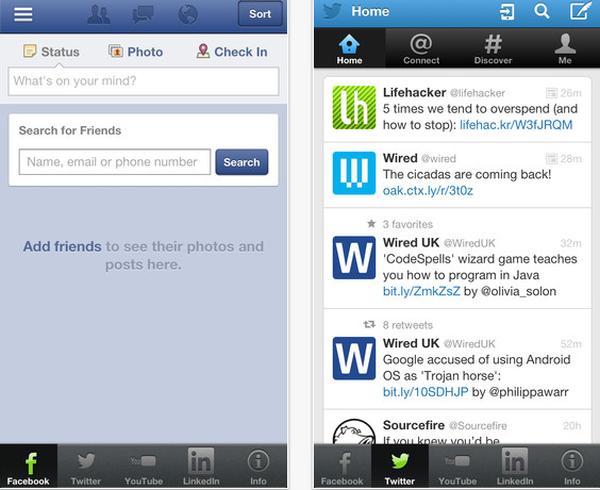 The use of social networking sites has increased a great deal in the last few years and this has been increased further with mobile devices and the various applications that are available. Now another new addition has recently been released called Socialite for the iPhone that allows convenient social networking interactions.

This recently released application allows iOS users to access a number of social networking sites from one simple to use flexible app, which includes Facebook, Twitter, YouTube, and LinkedIn. Once the application is opened the homepage will show the social networking sites famous icons that will allow users to quickly switch between their accounts.

Another great feature of the Socialite application is that to switch between the various social networking sites can be done by only signing in once, without needing to sign in continually when switching between networks.

This is done by simply pressing the sites icon and will also take you back to the page you last visited when returning to an individual network. The developers have added a short demonstration video in the application to help new users get the hang of it, and Socialite 1.0 can be found on the App Store for Â£0.69/$0.99 for owners of the iPhone, iPad, and iPod Touch running iOS 5.1 or later.