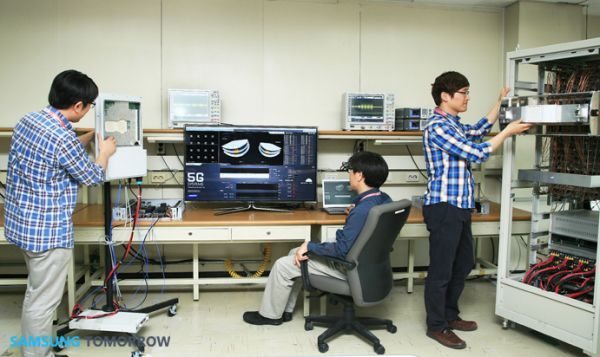 At the moment most smartphone consumers use 3G networks, some are using 4G but this speed is restricted dependant on what area you live in. There are new claims coming in about Samsung 5G and that it is a few hundred times faster than 4G services.

Samsung 5G sounds really good and rolls of the tongue when you say it, let’s hope that the speed is just as sexy as the name. The new 5G mobile technologies is said to be so fast revolutionising smartphone movie download times would be achieved, so much so downloading a film would only take a mere second, yes we said ONE SECOND.

Sending massive data would be a breeze and be done in a flash, but do not get too excited smartphone users because this new Samsung 5G technology will not be coming to a phone anytime soon, it is still under development and will not be released until at least 2020.

A release date of 2020 is not too bad, at least we know it is in the making. Just imaging live streaming of ultra high-definition (UHD) content, the enjoyment of 3D games and movies without having to wait a lifetime to download.

EE in the UK provides 4G to its customers, and the average speed the company pushes out is around eight and 12 megabits per second (Mbps), it has been reported that some cities will get a boost to 20Mbps this year.

5G tests using something called “adaptive array transceiver technology” gave impressive results, with speeds of up to 1.056 gigabytes (Gbps), but this was only achievable over two kilometres, but it is a start.

For more in-depth information please visit Samsung Tomorrow, what are your views on Samsung 5G?