Smartphones more important than wallets according to Irish customers 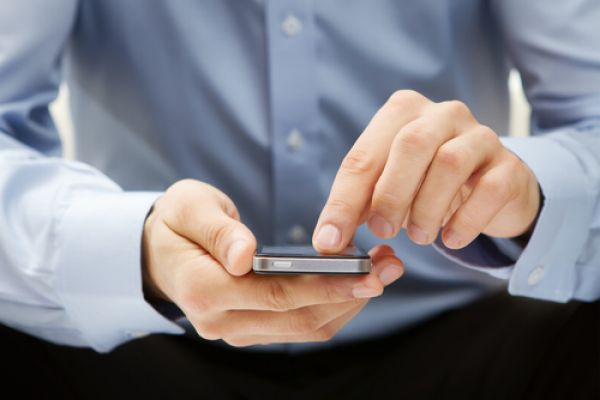 Mobile phones have become an increasingly important commodity over recent years, with the constant release of new models fuelling our desire to have the latest and greatest handset. From the iconic Apple iPhone to the humble BlackBerry and stunning Samsung Galaxy range, there is plenty to review about individual handsets — but what about mobile phones on the whole?

According to research, our love for smartphones has reached such a high that Irish customers have claimed they’re more important than cold hard cash with seven out of ten smartphone owners confessing that losing their phone is worse than losing their wallet.

This glowing review of smartphones demonstrates just how far the humble handset has come over years of development, evolving from a bulky and cumbersome device to a ‘slimline’ gadget that is considered by many to be one of their most valuable possessions.

Most popular smartphones
Of course, the love for smartphones does not end at the Irish cost — ownership figures in the UK, USA and elsewhere in the world have all experienced increases over recent years and have already breached the 50% mark in many areas. Naturally, certain models prove more popular in others with Android models slowly challenging the dominance previously held by smartphone ruler Apple.

The research, conducted at the tail end of 2012, also revealed that while many people intended to upgrade their handset for Christmas, the majority (38%) were planning to wait until this year to make the change. This means smartphone manufacturers are in a prime position to adapt their existing offerings in order to change their ranking when it comes to smartphone ownership or popularity.

Technology: necessity not luxury
Whilst the positive review surrounding mobile phones mentioned above is good news for manufacturers, it does demonstrate how technology has slowly become a necessity rather than a luxury for most homeowners or individuals. Services such as the internet have become important parts of our daily life with those looking for broadband providers Ireland often turning to leading names such as Sky or Virgin Media who dominate the market and offer high levels of service and support.

The main benefit of these brands is their ability to combine their broadband services with their TV packages and other media services. Virgin Media is closely associated with its sister brand Virgin Mobile and Sky broadband is intrinsically linked with Sky media packages which are already responsible for half of all TV revenues in Ireland whilst boasting millions of customers in the UK and elsewhere.

For those looking to upgrade their mobiles or other technologies, looking to these leading brands is therefore always recommended and both Sky and Virgin Media perform well in UK and Irish markets, routinely featuring as the top brands which consumers use and trust.

Would you be more annoyed losing your smartphone or your wallet?