Google’s got game: Achievements and matchmaking for Android 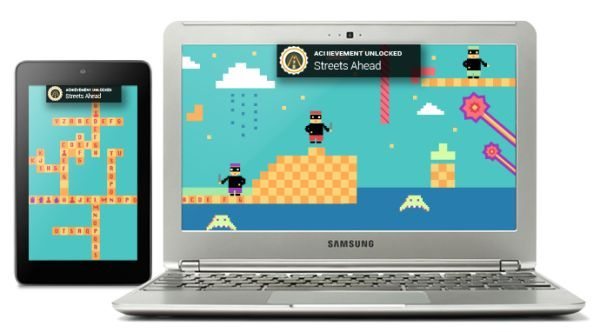 One of the coolest announcements made by Google at their I/O 2013 keynote was Google Play Game Services, a new set of gaming-oriented features for Android app developers.

We’ve seen a meteoric rise of gaming on Android, with the Kickstarter success of the Ouya and many new gaming accessories, including third-party options like the Moga Pro and GameKlip and first-party options like Samsung’s Galaxy S4 Game Pad.

Let’s have a look at each of these features in turn.

Achievements
Achievements are found on many a gaming service, including console options like Xbox Live and PlayStation Network, and PC services like Steam or the ill-fated Games For Windows Live. Achievements in Android will be as fully featured as on other platforms, allowing for “regular” achievements, secret achievements and incremental achievements.

Cloud Saves
Cloud saves means that whenever you make progress in a game, that’ll be saved online. When you play the game next, even if you’re on a different device you’ll still have the same progress, character information and settings.

Real-time multiplayer
Actual real-time multiplayer is probably the coolest part of Game Services. There are options for matchmaking, both with your friends and others, for multiplayer and cooperative games. While this has been possible to code yourself, using Google’s backend allows a lot more developers to take part

Conclusion
Game Services looks like a killer addition to Android and I’m thrilled that Android finally has a Google-backed option in this area. If you want to check out the new features, have a look at some of the launch titles that have already included it – including World of Goo, Modern Combat 4, Osmos, Plague Inc or more.