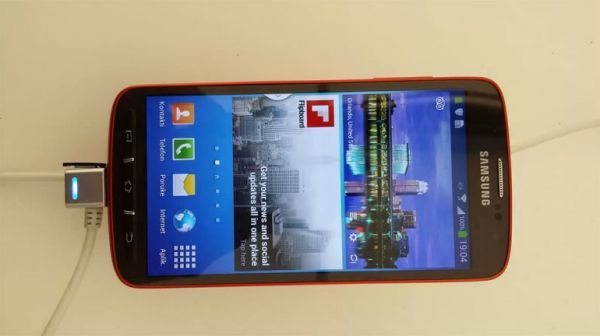 We have said previously that the new Samsung Galaxy S4 Active smartphone is trying to be like the Sony Xperia Z because it also likes water etc, but there is more to this handset and now we can see it playing nicely in a video.

It really does look like the Active will come with quad-core 1.9GHz processor with Adreno 320 GPU, the video below does not show you a lot but it gives you an idea of what to expect in terms of design etc.

The model in the video looks nice, even though AnTuTu’s System says it will have a dual-core Snapdragon Plus chipset, the description under the MobileTechReview video states the Samsung Galaxy S4 Active will come with different specs like first thought.

The new S4 Active GT-19295 specs under the video states dual core Qualcomm Snapdragon S4 Pro CPU, dust-proof and waterproof design and an 8MP rear camera, and it seems the other specifications are the same as the normal Samsung Galaxy S4.

We believe that there will be multiple models of the Samsung galaxy S4 Active, expect a launch date around July, which is also the month the Samsung Galaxy S4 mini will make an appearance.