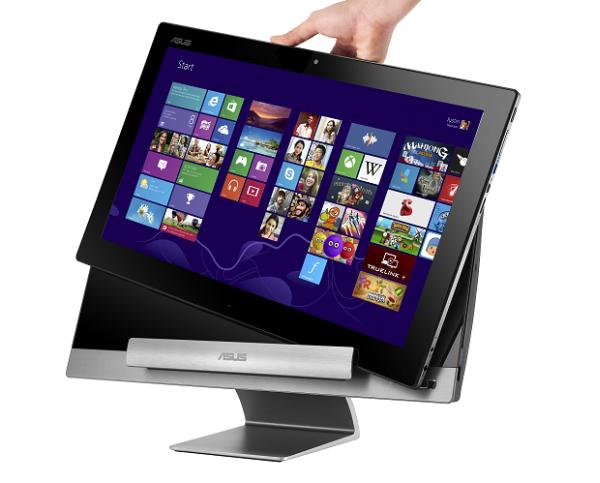 If you are in the market for a nice new shiny tablet PC you certainly have a great variety of devices to choose from, and now we have news that the innovative Asus Transformer AiO dual boot tablet has been launched in India.

The Asus Transformer AiO has now been officially launched in India with pricing starting at Rs. 86,999 for the Core i3 powered device going up to Rs. 92,999 for the i5 model. The device is a clever dual boot all in one device that features a massive 18.4-inch Full HD multi touch display.

When the device is docked it runs the Microsoft Windows 8 operating system but once removed you get an Android Jelly Bean running tablet PC. The stand part of the device has a different processor to the touchscreen and the 4G of RAM and be expanded to 8GB.

You will also find an Nvidia GeForce GT 730M GPU paired with 2GB of RAM taking care of the graphics, and the massive tablet side of the device is powered by the quad core Nvidia Tegra 3 processor coupled with 2GB of RAM along with 32GB of on board storage.

The device comes with plenty of connection options as well with 4 USB 3.0 ports, 1 USB 2.0 port, and the tablet has a microUSB socket. Both devices also support Bluetooth 4.0 and HDMI outputs. Once separated the tablet can work independently of the docking station while allowing for untethered access to the Windows 8 files and applications.

While the device is quite expensive you are basically getting two devices rolled into one unit that certainly offers consumers something different to think about.

Are you tempted with the Asus Transformer AiO?