Micromax A110Q Canvas 2 Plus impresses with price and specs 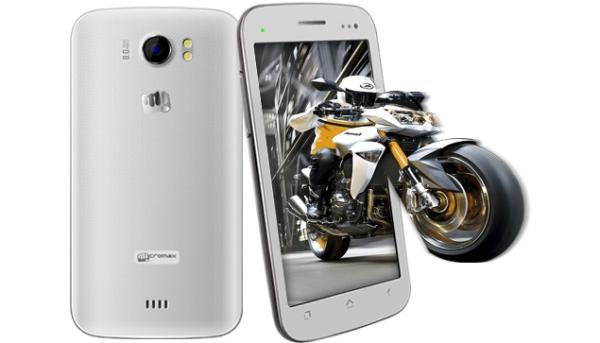 Consumers in India are currently being treated to a massive choice of new smartphones that are being released, and now the Micromax A110Q Canvas 2 Plus has been released with some impressive specs at a good price.

The company has been really busy recently with a number of new handsets becoming available or in the pipeline, but now the company has listed the spec bump for the Canvas 2 device in the shape of the Micromax A110Q Canvas 2 Plus.

It has priced the device at only RS. 12,100 and for your money you get a handset that shares some of the design features of its predecessor, but comes with an improved quad core processor that is clocked at 1.2GHz.

This compares to the dual core 1GHz unit on the older device and the company has also ramped up the RAM to 1GB as well. The handset features a 5-inch IPS touchscreen display at a resolution of 480 x 854, and camera wise there is an 8-megapixel unit on the rear with autofocus and dual LED flash, while around the front is a 2-megapixel unit.

Users will get 4GB of on board storage that is expandable up to another 32GB thanks to microSD card support, and the supplied 2,000 mAh battery unit promises up to 6 hours of talk time and 280 hours of standby. The handset will also come running the Android 4.2 Jelly Bean operating system as well and is available to purchase now here.