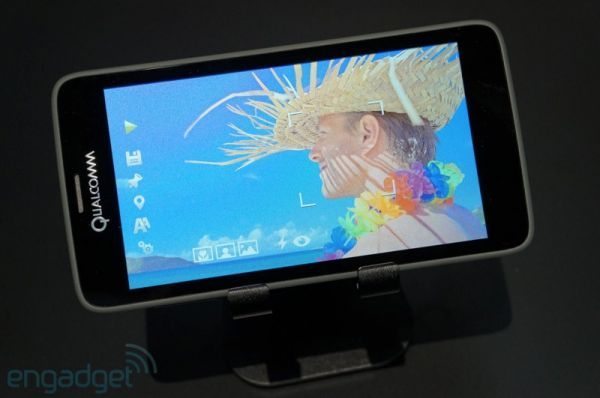 This week is SID Display Week 2013 all the way up in Vancouver, where companies like Samsung, LG and Qualcomm have been unveiling some prototype displays that’ll be making their way into next-generation products over the course of the next few years.

Mirasol is an upcoming screen technology, which boasts a few key advantages over traditional OLED or LCD displays, including battery life and visibility in direct sunlight. Of course, both of these factors are traditional weaknesses for smartphones and tablets. 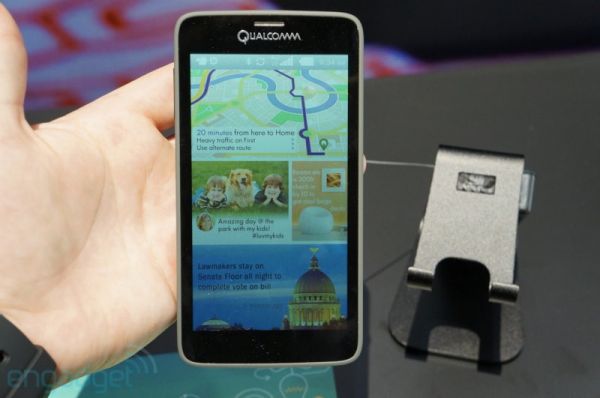 While larger batteries or reflective screen protectors can be helpful, neither approach really solves the problem, which is why Mirasol is so promising. But so far, we haven’t seen Qualcomm achieve any mainstream success with the display technology in the nearly 10 years they’ve been developing it.

This new prototype does look pretty promising though, with an impressive screen resolution of 2560 x 1440 – the same as high end 27″+ desktop displays. At 5.1″ along the diagonal, that makes for a pixel dense phone display (577 DPI) that eclipses the current 1080p standard significantly (e.g. the Galaxy S4 at 441 PPI).

The screen also sips far less power than competing technologies – Qualcomm representatives stated that we’d see a six times power advantage over both LCD and AMOLED. When you consider how much a smartphone’s battery is depleted through use of the screen, even with automatic screen brightness, it’s clear that there’s a considerable savings to be had there.

Unfortunately, there are a few downsides to the prototype display – not least of which is that it won’t be available in a smartphone for a year or so! Probably the most noticeable are the colours of the display, which are less vibrant than both LCD and AMOLED. Engadget reported the screen having a “silvery tint”, and that’s quite evident from the photographs.

That may mean that we see the displays used on devices where colour is less important – for example, e-readers, which typically have used e-ink displays with extremely low resolutions and refresh rates. Qualcomm will also be working towards achieving a more accurate display in the future no doubt – it wasn’t all that long ago that Mirasol displays were limited to black-and-white.

I’m a big fan of high-resolution displays and long-lived devices, so I’m eager to see these Mirasol displays see more widespread use in the next couple of years.

What do you make of Mirasol and the new prototype? Let us know in the comments below.