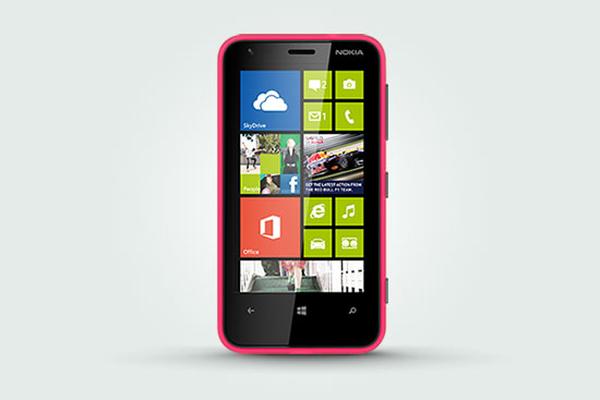 Nokia has recently made it possible to join the Microsoft Windows Phone 8 operating system at more affordable price levels, and now UK mobile phone retailer Phones 4 u is offering a great discount on the Nokia Lumia 620 for Pay as You Go customers.

For consumers looking to pick up the Nokia Lumia 620 Phones 4U will now sell you one on PAYG for only Â£127.96 on the condition you purchase a Â£10 top up on the network of your choice. The leading high street retailer has the handset on offer on O2, Orange, T-Mobile, Vodafone, and Virgin Mobile.

At the time of writing Phones 4U has the Nokia Lumia 620 available in Black, Cyan, Magenta, and White colour options with this deal, and the offer also includes the 12 months free access to The Cloud Wi-Fi network with an allowance of 500MB data each month.

The device may still be priced slightly higher than the Nokia Lumia 520 but it has some extra features such as the LED flash and NFC connectivity, but the Lumia 620 won’t be treated to the FM radio support in the upcoming GDR2 Windows Phone update though.

To quickly recap the Nokia Lumia 620 features a 3.8-inch display with a resolution of 480 x 800 and 246ppi pixel density, which is powered by a 1GHz dual core Qualcomm Snapdragon processor with an Adreno 305 GPU.

There is also 512MB of RAM, 8GB of on board storage expandable up to 64GB via microSD card, 5-megapixel rear camera, and a VGA front facing shooter.

Do you fancy the Nokia Lumia 620 at this price?