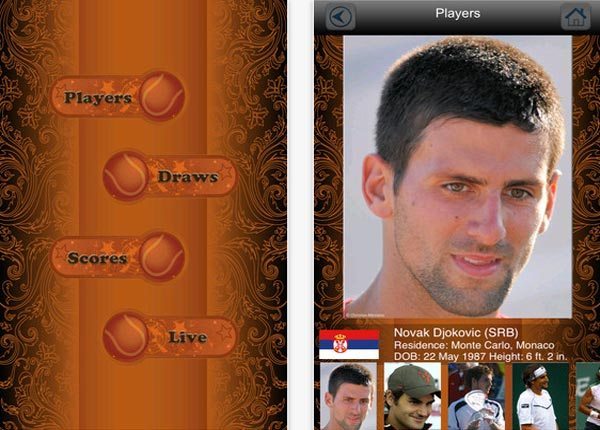 Today, we wanted to highlight some of the best French Open tennis apps and those that are new for 2013 with live scores. Some of these apps offer live streaming of scores and are brand new, although others have been updated within the last few days to offer new features for the 2013 French Open.

The first app we would like to feature is for Android smartphones, and it’s packed with cool features to keep Tennis fans updated while on the move. The Android app has appropriately been named “French Open Tennis Live score”, which the main features include Live Scores WTA and ATP, Tournaments draws, a tennis community and a lot more. One of the reasons we feature this app is thanks to its 4.4 rating and thousands of installs. 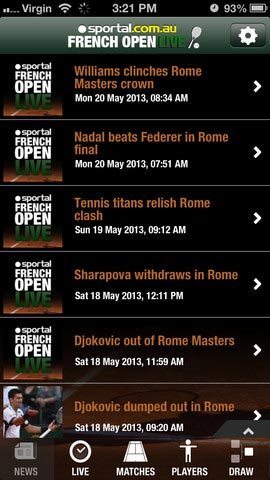 Next up are iOS apps for both iPad and iPhone, which deliver timely updates for the 2013 French Open with a tennis schedule, scores and a lot more. The first app we’ll feature is called “Sportal French Open Live”, and as the name suggests this free app delivers live scores, results, a match schedule, detailed player information, news and more.

What is your favorite app for following the 2013 French Tennis Open? You might also want to see French Open Tennis LIVE that costs $0.99, but delivers live updates, French Open History, news, live debates and a lot more. Plus you can consider French Open 2013 Pro if you’re willing to part with just under $4, although the app claims to offer a lot more with live scores being updated every 5 seconds. They do offer a free version here that isn’t ad free and lacks some features.