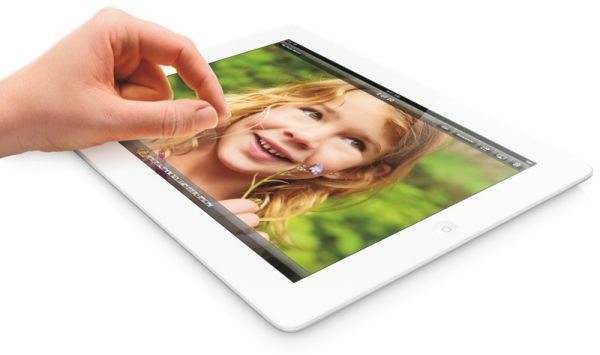 Not trying to be a part of the humour train, but the latest rumour to hit the web is the apparent iPad Maxi 12.9-inch 2014 release, guess you have stopped laughing now and picked your mouth up of the floor.

Apple is apparently working on a brand new tablet supposedly called the iPad Maxi, which will come with a huge 12.9-inch display, this is a massive difference compared to the normal iPad 9.7-inch, seems ridiculous but let’s roll with it for a while.

So, we have the 9.7-inch iPad 4, and then there is the iPad mini at 7.9 inches, so it is sort of reasonable to say a 12.9-inch iPad would fit in nicely. Take into account smartphone displays are getting bigger so why not let the iPad get a little bigger too, if Apple can shrink the iPad why can’t they enlarge one model.

Surely A Joke
ETNews (Translated) is a Korean website and through experience they are not what you call reliable sources judging on past records, but hey they could be correct, right? We do not believe this for one minute but we hope we hope we are proven wrong, oh Apple please do it but do not use the name Maxi.

Questioning the Ridiculous Name
The display size we can safely say is ok and it’s not really what you call ludicrous, but for the name some will argue the point on this one. The definition of ‘MAXI’ means something that is very large, so we get the meaning of the name, but an Apple iPad with this name is just pathetic.

The 12.9-inch iPad professional sounds better; to call it a Maxi you might as well call it the iPad Hippo or something.

A Larger iPad Sort of Makes Sense
A 12.9-inch iPad sort of makes sense and would put this in between an iPad tablet and an ultra thin MacBook Air, two new releases such as the iPad mini 2 and the iPad 12.9-inch would be a blessing for the Apple market, in fact thinking about it the so called Maxi could simply be the iPad 5.

If Apple releases a new 12.9-inch iPad, which is unrealistic, what would you name it?

One thought on “iPad Maxi 12.9-inch tablet, questioning the ridiculous”