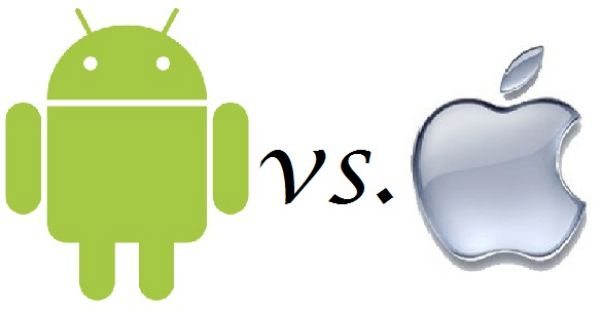 Phone recycling comparison website CompareMyMobile.com, is reporting a continuing surge in Android trade-ins, following the release of the Samsung Galaxy S4 and HTC One. We will also talk about the new data showing that the iPhone 5 is the most valued gadget on the site, despite being released just 9 months ago.

Leading mobile phone recycling comparison website, CompareMyMobile.com, reports that a massive Â£1.3 million worth of iPhone 5s have actually been traded-in through the site since the September release. Please do read both parts below covering Android and iPhone.

Loyal Android trade-ins surge alongside new Android releases
The Galaxy S4 was released over a month ago now, but that hasn’t halted the trade-ins according to site data. Samsung trade-ins increased by 40% during May with the Galaxy S3 leading the way as the most traded-in Android. All of this suggests that people are continuing to upgrade to the flagship S4 in large volumes.

CompareMyMobile says that this reflects the success of the smartphone, which reached 10 million sales just last week. The announcement that HTC One sales have broken the 5 million handset mark has also been reflected in CompareMyMobile data — as the brand saw a 32% increase in trade-in market share since the handset’s release. 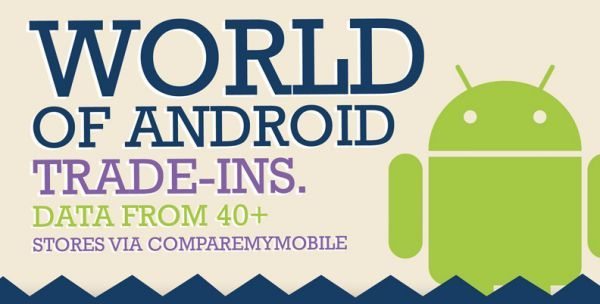 So, then it comes as no surprise that Android’s total market share has increased by 21% in the first quarter of this year, seriously eating into Apple’s dominating reign as the market leader. Apple and Blackberry have lost 8% and 6% of their market share respectively so far in 2013.

It should be noted that these statistics from CompareMyMobile.com are extremely unique. The site would not usually see such a huge trade-in spike for non-Apple devices, especially one that has lasted for well over a month. For the first time, the site has seen massive consumer loyalty toward Android, which comes close to; match the loyalty of Apple buyers.

Co-founder of the CompareMyMobile.com, Ashley Turner, says: “We’re happy to see the shift in brand market share away from happy devices, especially around new Android releases as it shows brand loyalty growing for non-Apple devices.” But, CompareMyMobile.com predicts that the share could change again, with the expected release of the iPhone 5S in September and the new iPad toward the end of this year. Apple is still the leading brand, and Android needs much more of the same if they are to catch up.

Do you want to know how much you could get for your old Android device before upgrading to the Samsung Galaxy S4 or HTC One? You can check out the prices on their app or the CompareMyMobile.com website. For the full statistics, check out the infographic here.

Surge in UK consumers seek to sell the iPhone 5
But with the average phone contract lasting for 18 months, why are people selling their new devices half way through?

CompareMyMobile data shows that the release of the iPhone 5 was surrounded by the usual hype that follows a new Apple device, creating a huge 367% surge in trade-ins of the brand – still dwarfing the recent surge in Android trade-ins surrounding the Samsung Galaxy S4 release. But could it be that people were disappointed with the late arrival of the iPhone 5? There was a lot of controversy surrounding the smartphone.

CompareMyMobile.com also often sees abnormal rises in valuations and trade-ins after a new release, but not quite so soon.

Co-founder of CompareMyMobile.com, Ashley Turner, says: “Without a new Apple device to upgrade to, the release of the Samsung Galaxy S4 saw a noticeable increase in iPhone valuations for the first time in our stats.” Realistically, data from CompareMyMobile.com, which compares and draws data from 40+ mobile phone recyclers, still shows that Apple dominates the trade-in market. Despite losing an 8% share so far this year, Apple still hold a huge 50.3% share in the trade-in market.

The loss is probably due to the lack of new Apple releases. For example, recent Samsung and HTC releases have increased their market shares by 5% and 2% respectively. When Apple launches their new device, which could be in September if the iPhone 5S rumours are true, CompareMyMobile expects statistics to show a fight back from Apple as loyal consumers upgrade. The Apple trade-in numbers could even take off to a new level if the iPad sees a Christmas release.

Do you want to know how much you could get for your old Apple gadget before upgrading to the next impressive model? You can check out the prices on their app or the CompareMyMobile.com website. Please do take a look at the full infographic here.