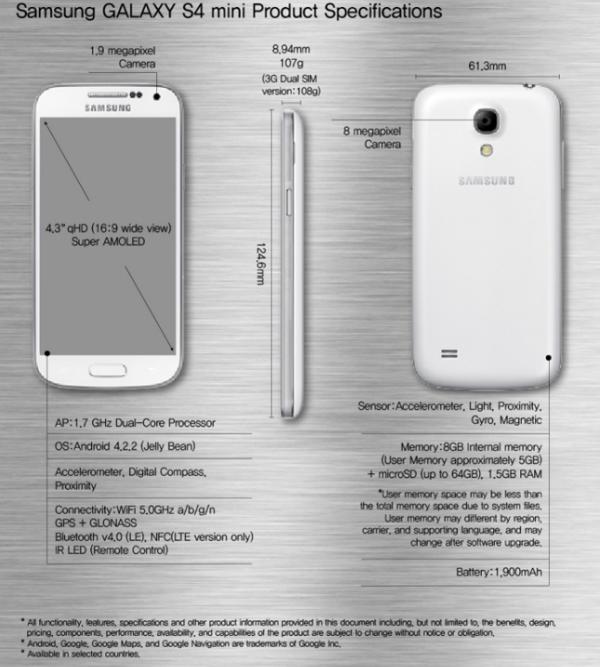 After a few months of rumours and speculation Samsung has quietly given the Galaxy S4 Mini an official reveal that provides some specs that were largely already known, although so far the handsets availability and pricing have not been made available.

Only yesterday we had a leak that listed a number of supposed specifications for the Samsung Galaxy S4 Mini, and a day later the company has came out and unveiled the device officially. The new smartphone will be using a 4.3-inch qHD Super AMOLED display with a resolution of 960 x 540.

Powering the device is a dual core processor clocked at 1.7GHz and paired with 1.5GB of RAM, and there is 8GB of on board storage with only 5GB available to the user but there is microSD card support with expansion up to a further 64GB possible.

Samsung has fitted the S4 Mini with an 8-megapixel rear camera with TouchWiz features that is paired with a 1.9-megapxel front facer, and some versions will offer dual SIM support and NFC connectivity on the LTE model.

While the company has yet to announce the pricing and availability of the device it will launch in Black Mist and White Frost colour options, and we may get to hear more leading up to the press event taking place in London next month.

Will you be considering getting the Galaxy S4 Mini?