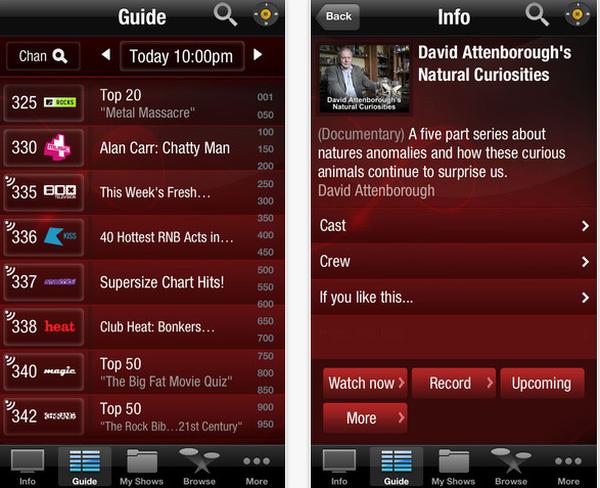 There is so much more choice available now to consumers when it comes to available TV channels and content, and how we view this content is also changing all the time with extra options being provided. The Virgin TV Anywhere app for iOS users has recently been updated but an Android release is still MIA.

The broadcaster has added eleven new live channels to its Virgin TV Anywhere application and allows users to watch content on their iOS device while out and about away from their Virgin Media TiVo box.

Included in the new channel line up are ITV, ITV 2, ITV 3, ITV 4, MTV, Nick Jnr, Nickelodeon, History, Bio, CI, and H2. These extra channels now means that users can now view some of the bigger TV programs available such as the likes of Coronation Street and Britain’s Got Talent via their mobile device.

Users can also set their set top box to record content as well as delete shows that may have already been viewed, and when being used at home allows them to switch to any live TV show. The TV guide can also be viewed on the mobile device up to fourteen days in advance and much more.

There has been an Android version of the application promised to be arriving but so far all that has been mentioned is sometime this year, and many users of the iOS app have complained it doesn’t compare to the Sky Go offering. If you have yet to try the application it can be found on the App Store as a free download.

What do you think of the Virgin TV Anywhere app?