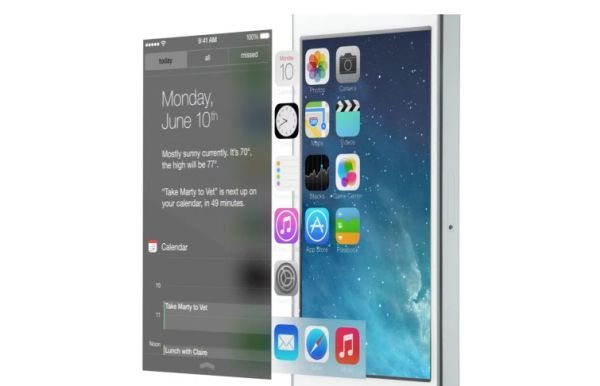 We have so much to report on the new iOS 7, if anyone says that Apple is not innovative we have to say think again. This new operating system is fresh and something we have not seen before, we will provide you with as much information as possible but just for now we want to hit on the new iOS 7 features with transparent UI for depth.

The new iOS 7 is pushing its boundaries and it is the new layers Apple has created to give iDevice users the depth of class. Apple is using translucency within its new operating system and what this create is something very special indeed.

Using the new transparent design it will make every single thing you have open look totally different no matter what you have in the background, it makes everything look great and even makes wallpapers users put on say their iPhone stand out.

Wallpapers users have set automatically look alive, you move the iPhone around for example and the apps and the wallpaper become different from one another. The whole design gives a see-through opaque look, it is hard to explain the way it all comes alive but please do be patient because we are installing the developers iOS 7 beta as we write this.

Everyone is pounding Apple at the moment to install the new iOS 7 beta and this will probably take some time, more about the transparent UI feature for depth will come probably tomorrow.

When you tilt an iPhone 5 say with iOS 7 on board the wallpaper moves with you whilst the apps stay put, it is like you get to see behind the apps, in the same way as the picture below.

There is so much to say about the new iOS 7, many new features and a stunning new user interface and design, stay tuned because we will have more news soon.