Samsung Galaxy S4 demand after no iPhone 5S at WWDC 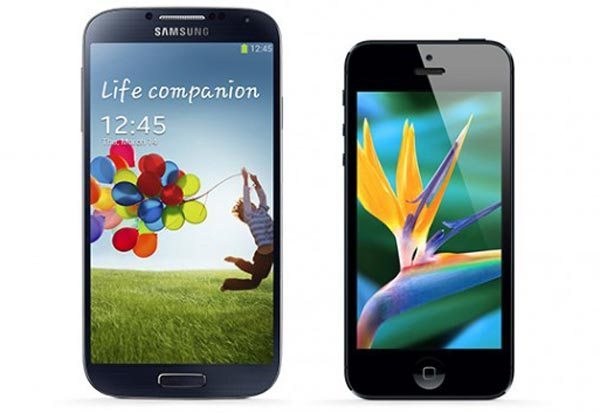 Over the past few weeks we have heard a number of our readers talking about jumping ship to Samsung Galaxy S4 if no iPhone 5S is released at WWDC, or by the end of this year for those that are more patient and want a bigger screen on the so-called iPhone 5S.

It has been growing clearer everyday that the new iPhone 5S would release with a screen size about the same as the current iPhone 5, most recently hinted by Apple’s investment in machines, so what would these people think now that the Apple WWDC keynote has finished?

Samsung Galaxy S4 demand – before the Apple keynote we saw one of our readers state, “the new iPhone 5S will need to deliver a bigger screen size, if not my next phone will be the Galaxy S4”. Another commenter explained, “If there’s no iPhone 5S at WWDC, I will have no choice but to upgrade to the Galaxy S4 considering I’m up for an upgrade and don’t want to wait”.

Support for Apple – There’s still a lot of support for Apple and the new iPhone 5S expected to launch in fall, and this is seen in a lot of feedback we receive like this comment “I’m going to hang tight until the iPhone 5S is released. I don’t like Android phones. We will receive an announcement in August or September”.

Another one of our readers explained that they have tried Android for a couple of years, and they made their situation clear when stating, “I love Samsung phones, but I hate Android”. They continued, “I’ve really given Android a chance. I use Apple’s iOS every day on my iPad, and I use Android daily on the Note. Frankly, I’m going back to Apple as soon as a larger iPhone is announced”.

The cool iOS 7 features that might make some people wait – some Android users will state that they’re not impressed with the iOS 7 preview, but we’re sure a lot of our readers and existing iOS users will be very excited about the new iOS 7 features revealed today. Apple has changed a lot with the design and UI of iOS 7 and after watching the WWDC keynote live it impressed us. We now wonder how many people have changed their mind about jumping ship so soon and might wait for iOS 7 and an iPhone 5S this fall?

Are you disappointed to see no iPhone 5S at WWDC, or did you expect it considering the lack of production rumors and look forward to fall for something new? Would you consider moving to the Samsung Galaxy S4 from an iPhone? You can read some details on the new iOS 7 Safari tabs and transparent UI that was previewed just moments ago during the Apple keynote.