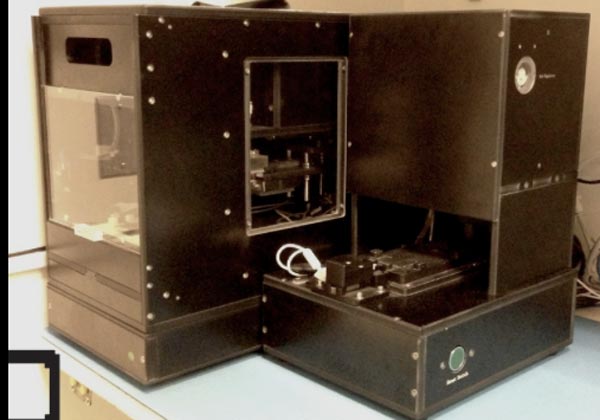 It is normally easy to build up a picture of what Apple is planning with the iPhone 6 by looking for clues within stores and the supply chain. Today, we have received another hint thanks to some new in-store investment by Apple although this news might upset a few of our readers that were hoping to see the iPhone 5S screen size increase.

The image you see below this article showcases a screen machine that Apple stores would use to fix your phone, so hearing these machines are being replaced in United States stores with support for the same display as seen on the iPhone 5 signals no change in screen size. This at least gives us a hint at likely screen specs for iPhone 5S.

Apple iPhone 6 the earliest for a screen size change — if we are to believe the report on this popular Mac blog, then this replacement of screen fixing machines reveals that the next iPhone will not increase in display size at all. It is worth noting that we are told these machines cannot fix other models of iPhone, so why would Apple invest in new machines that could be made redundant so soon?

We touched on our hopes for Apple to launch both an iPhone 6 and 5S model this year, which could include a 6-inch and 4-inch model. These wishes have been dashed now that these new machines are arriving in stores just a few months before a new iPhone is expected.

This shows us that if the rumors of a 5S name are correct, then the earliest you’ll see a bigger screen size would be with an iPhone 6 release date next year, but some people still view this as too soon considering the recent machine investment.

Will you be disappointed if both the iPhone 6 and any model released this year lack a change in screen size? Read the report above about new machine investment by Apple, and let us know if you’re happy with the current display size.