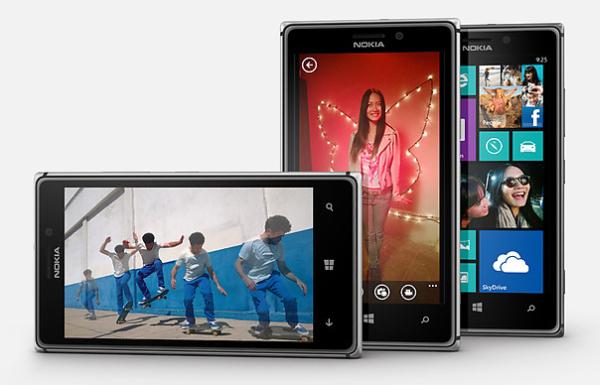 Nokia has been rapidly expanding its WP8 Lumia range of smartphones over the last few months with a variety of handsets being launched, and the company has now released the Nokia Lumia 925 in select regions with more markets to follow shortly.

The Nokia Lumia 925 is the latest flagship smartphone device from the company that is pushing ahead with its revival plans, and the handset has been released for sale in Germany from today with the likes of the UK, Spain, and Italy to follow afterwards.

It is then believed that the rest of the European region will then get access to the Nokia Lumia 925 before the company turning its attentions to the Asian market, which will be known as the Lumia 925T. The device is down to arrive in the US at some point.

The new handset is the first of its kind from the company to feature an aluminium frame with the handset also supplied with the Nokia Smart Camera feature. The company is also bringing the beta version of the new Nokia Glance Screen feature, which allows users to quickly view the time and battery remaining indicator without pressing any buttons.

Users can also wake the handset up with a quick double tap of the display while the handset is in standby. To quickly recap the device features a 4.5-inch display with a resolution of 1280 x 768 that is powered by a dual core Qualcomm Snapdragon processor cocked at 1.5GHz with 1GB of RAM.

The handset has been fitted with an 8.7-megapixel rear facing camera with PureView technology while around the front is a 1.2-megapxixel unit with a wide angle lens.

Are you waiting for the Nokia Lumia 925?