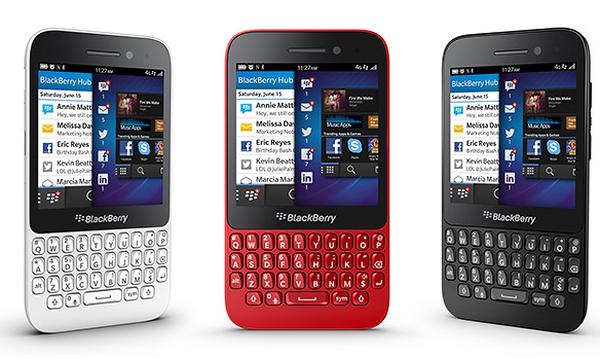 When BlackBerry announced their new operating system the company showcased two smartphones that are now available but come with a higher price level, but there has always been the promise for lower priced hardware for BB10. Now in the UK pre-orders for the BlackBerry Q5 have begun that reveal a SIM free price for the upcoming handset.

Last month BlackBerry revealed the Q5 with its physical QWERTY keyboard that basically looks like a more colourful and cheaper version than the BlackBerry Q10, and uses the same 3.1-inch touchscreen display at a resolution of 720 x 720.

We have already given you some pre-order information for the upcoming handset in the UK, but at the time there was no pricing for the device. Now though online retailer Unlocked Mobiles has put the BlackBerry Q5 up for pre-order and priced it at Â£349.98, and is down for release on the 15th of July.

The handset from the retailer is only available in either black or white colour options, but the device will also be available in red or pink from BlackBerry. Rival online retailer Clove has the handset down for release next month but at the time of writing has no pricing for the handset.

It was found in a recent hands on of the BlackBerry Q10 that the new operating system is really slick and the more you get used to it the better it becomes, and it seems the company has really turned the corner with regards to an operating system that can finally rival the likes of Android and iOS.

Do you already own a BlackBerry 10 device?