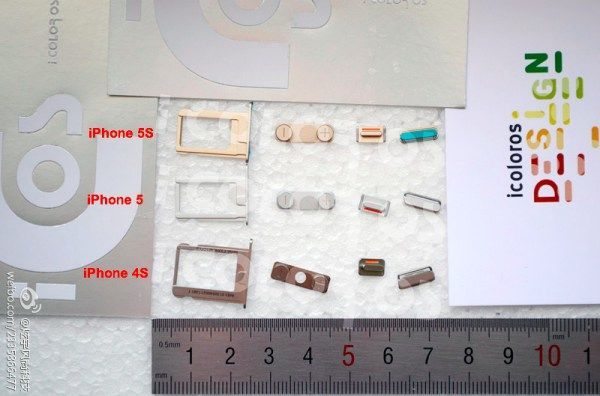 Promoting a brand costs so much money locally and internationally, it takes time, money and a lot of effort. Finding parts in China for an iPhone 5S could deliver free advertising worth millions of dollars.

Before the iPhone 5 was launched in September last year iColorOS popped up everywhere online with their names next to leaked parts, and most of us thought the iPhone 5 would not look like it does today, but they proved us all wrong. It seems every time iColorOS brand name shows up next to leaked components it tends to become reality.

Last Year of 2012
Take a look at the photos below, you will notice both NoWhereElse and iColorOS names, the first picture shown here was posted online a August 2012, which was a month before the iPhone 5 release and in the photo it shows the difference between the iPhone 5, 4 and 3GS. 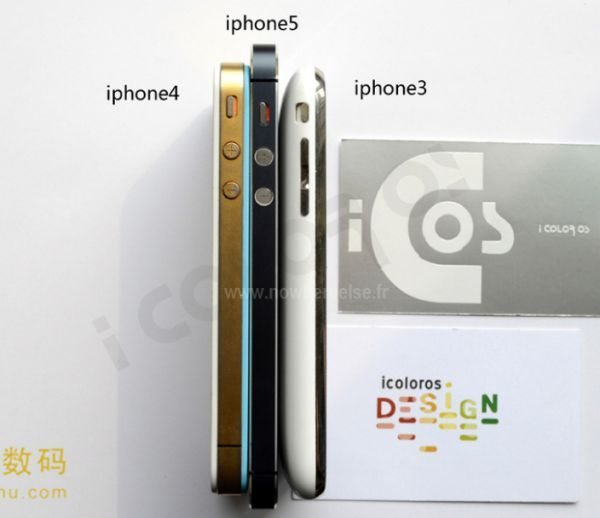 Then we take a look at another picture by iColorsOS, it seems iColorOS is getting its brand name out there by revealing iPhone components. This is a clever way to get advertising out there and earn millions without using a lot of effort and time.

Last week we published a news article covering the iPhone 5S undesirable inclusions and color hint, one thing we did not mention in the article was ‘iColorsOS’ name yet again appearing next to leaked components.

The iPhone 5 Components That Turned Out To Be Reliable 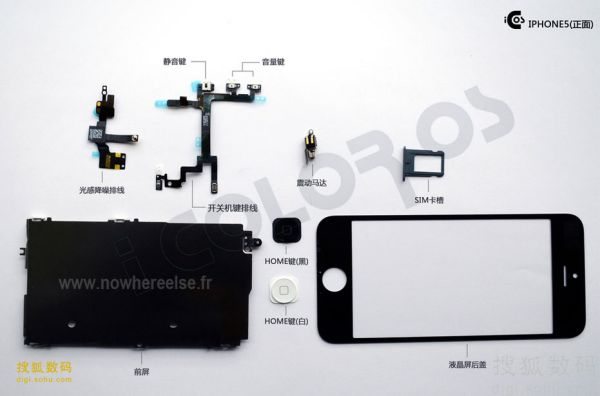 New iPhone 5S Components
After all said and done we had little thoughts of new possibilities running through our heads, is there a real chance the next-gen iPhone 5S could come with new colored components? This is not in any way absurd considering all the leaked components from last year ended up being reality.

The picture we published last week shows iPhone 5S gold components, they do not look any different by shape etc of the iPhone 5, but you can clearly see a color change. It just seems every time iColorOS’s name is advertised on an image showing components it proves to be correct when that product is released, so this makes us wonder if the iPhone 5S will come with color variants or just new components in gold.

iColorOS Branding
iColorOS is a Chinese website and if you look at this page (translated) you will see it says “Upcoming new machine,” which could simply be a new machine coming so they can do new colors for Apple, or it could be the next iPhone 5S they need to add to its custom category.

The Chinese color site is getting its name everywhere online, and it seems when they do put its name next to leaked photos they come true. This is amazing for advertising a company without having to do leg work, one image goes online and millions post that image across the world.

They are building a reliable brand, and this tells us we cannot count out the color components on the iPhone 5S.