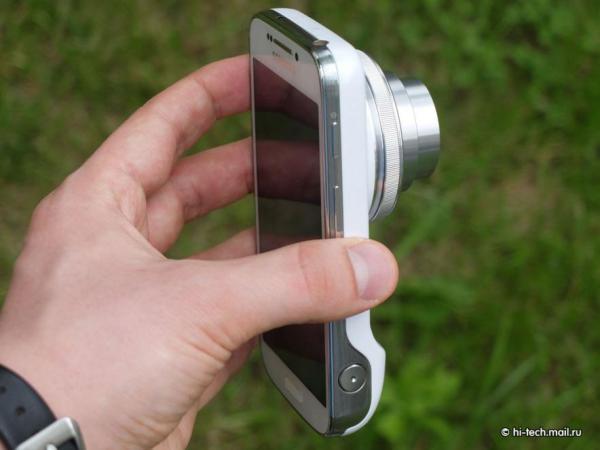 There will be many that feel Samsung has too many different Galaxy devices and now the company has officially announced the Samsung Galaxy S4 Zoom, which has already starred in an early detailed hands on review with some clear images in tow.

Following a few months of rumours Samsung has now announced the Galaxy S4 Zoom which follows the Galaxy S4 Mini and Galaxy S4 Active that appeared recently. The device features a 4.3-inch Super AMOLED touchscreen display with a resolution of 960 x 540 that is powered by a dual core processor clocked at 1.5GHz, and paired with 1GB of RAM.

The biggest selling point of the handset will be the handsets camera that has a 16-megapixel sensor coupled with a 10x zoom and Xenon flash, and the device is also capable of 10x optical zoom and has a 24mm wide angle lens.

It is capable of Full HD video capture at 30fps and 60fps at 720p and the device will ship running the Android 4.2.2 Jelly Bean operating system, while being powered by a 2,130 mAh battery. Storage wise there is 8GB on board that can be expanded up to 64GB via the hot swappable microSD card slot.

Connectivity comes in the form of 3G with HSPA, LTE, Wi-Fi a/b/g/n, A-GPS, and Bluetooth 4.0 LE. Meanwhile a Russian website has posted a hands on review of the Galaxy S4 Zoom that includes the image that you can see on this page.

The review looks at a number of the features on the handset and even compares the camera with the Nokia 808 PureView device with various images posted. It was felt the Galaxy S4 Zoom was worth a look but only if you didn’t mind sacrificing a slim smartphone, but the device did offer a practical gadget that takes good quality images.

Samsung at the time of writing has yet to reveal the availability and pricing for the Galaxy S4 Zoom but it is expected to arrive next month.