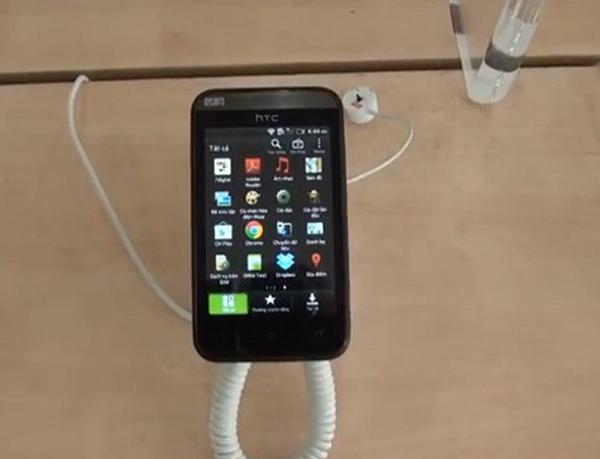 Over the last few months we have seen a number of budget Android handsets being released that still have some worthy specifications and features, but the HTC Desire 200 that has appeared will certainly need a budget price to tempt consumers to pick one up.

The company recently launched the HTC Desire 600 that is also a budget offering but the Desire 200 that has been leaked by a Vietnamese website before it has been officially announced, should be priced even lower.

It has a 3.5-inch touchscreen display at a resolution of only 320 x 480 that has a 1GHz processor that is probably of the single core variety under the hood. There is also only 512MB of RAM and 4GB of on board storage that can be expanded via a microSD card.

There is a 1,400 mAh battery unit fitted but surprisingly the handset will ship running the Android Ice Cream Sandwich operating system, and this comes at time when loads of handsets at the budget level are shipping running Android Jelly Bean.

At the moment there is no information regarding the camera specifications or pricing but the device has already appeared in a hands on video that can be seen below this article.

Would you purchase an Android phone that is still running Android 4.0?