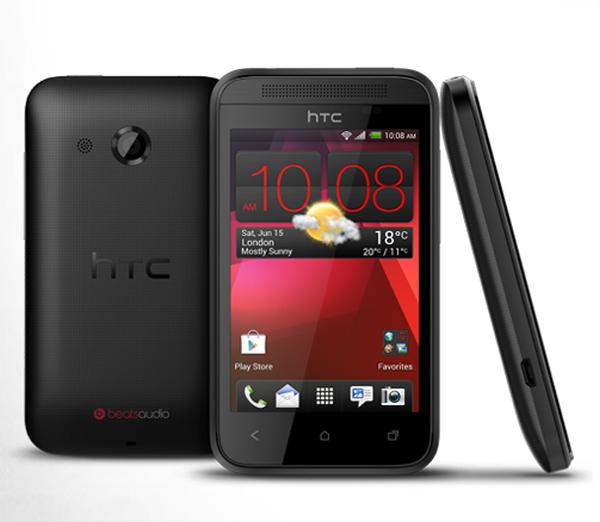 The fact that there are a growing number of budget smartphones becoming available on a number of different platforms can only be a good thing. Not everyone can afford or even wants the latest and most powerful super phone, and now the HTC Desire 200 has been made official with some budget specs in tow.

We heard yesterday about an upcoming new budget Android smartphone from HTC that was leaked before it had been announced and even starred in a hands on video. The confirmed specifications of the handset include a 3.5-inch LCD display with a resolution of 320 x 480.

Under the hood is a single core Qualcomm S1 processor running at 1GHz and paired with 512MB of RAM, and the official specs of the handset lists Android but doesn’t state which version but the device leaked yesterday had Android Ice Cream Sandwich on board.

There is only 4GB of on board storage but luckily there is the option of expanding this by up to 32GB via microSD card, and on the back HTC has fitted a 5-megapixel camera with a VGA unit around the front of the device.

At the time of writing there is no information about availability or pricing but we can expect that to come in the next few days as retailers and carriers announce if they will be offering the device.