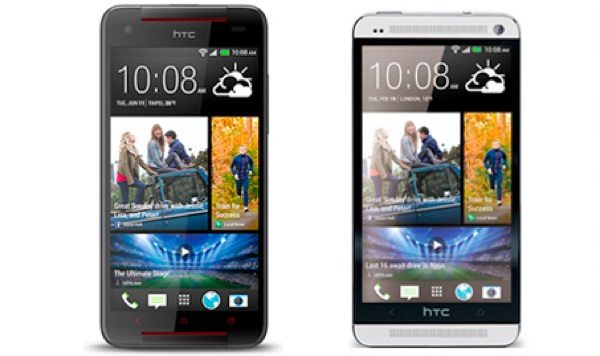 The HTC One is a significant smartphone that we have been very impressed with, and it has released worldwide on multiple carriers. Meanwhile the HTC Butterfly S has just been formally introduced and will release in some Asia Pacific markets in July, with global availability to follow at some point. Today we have a short HTC Butterfly S vs. HTC One video comparison to show you, which neatly sums up some of the key points.

Before you watch it you may want to check out some of the key specs of each first. Starting with the HTC Butterfly S this is powered by a 1.9GHz Qualcomm Snapdragon 600 quad-core processor, has a 5-inch Super LCD3 display with resolution of 1920 x 1080 and 441 ppi, 2GB of RAM and 16GB of internal storage (expandable to 64GB via microSD). It also has a 4-megapixel UltraPixel camera and 2.1-megapixel front-facing camera, Beats Audio and a sizeable 3200 mAh battery. It runs Android 4.2.2 Jelly Bean skinned with HTC Sense 5.0.

As you can see, many of the specs are the same or very similar, but there are certain differences and these are illustrated very clearly on the short video that you can see below this story. Some of the variations include a larger battery and microSD storage expansion for the HTC Butterfly S, while the HTC One is easier for one-handed use with a higher ppi display. As well as the comparison video, we’ve also embedded another video for you showing a first look at the Butterfly S, a successor to the original HTC Butterfly.

To be honest, these are both fine examples of modern smartphones, and we’d like to hear which of the two you favor, as other factors such as design and build will also come into play. Which would you purchase, the HTC Butterfly S or the HTC One? Send us your comments about this as we’re always interested to hear what readers have to say.

4 thoughts on “HTC Butterfly S vs HTC One video comparison”