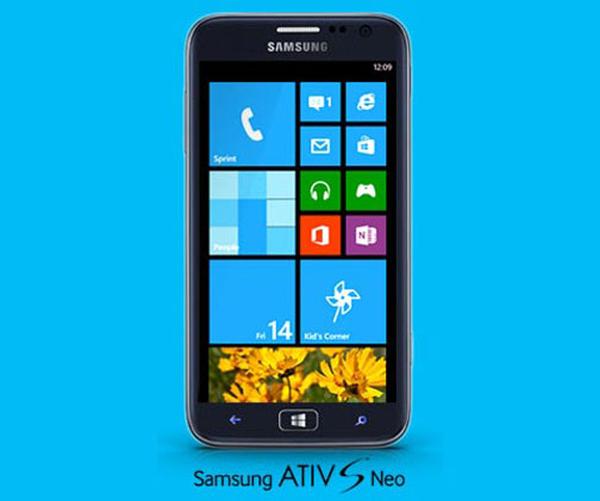 The Windows Phone 8 platform is being dominated by Finnish smartphone manufacturer Nokia with its ever expanding range of Lumia handsets, but US carrier Sprint is adding to its line up of WP8 devices as it teases the Samsung ATIV S Neo.

This summer Sprint will offer its customers both the HTC 8XT and the Samsung Ativ S Neo with the Samsung costing users of the network $149.99 after a $50 mail-in rebate and with a new two year agreement being signed up to.

For your hard earned cash the Samsung Ativ S Neo which is pretty similar to the Ativ S, will provide you with a WP8 smartphone that features a 4.8-inch HD touchscreen display with a dual core 1.4GHz processor and 1GB of RAM under the hood.

There is an 8-megapixel rear facing camera with LED flash while around the front is a 1.9-megapixel unit for video conferencing, but there is no information regarding internal storage although there is a microSD card slot for expansion.

The device has a 2,000 mAh removable battery and will support the carriers 4G LTE network that went live last year and is being expanded rapidly, but at the time of writing there is no exact release date given for the device.