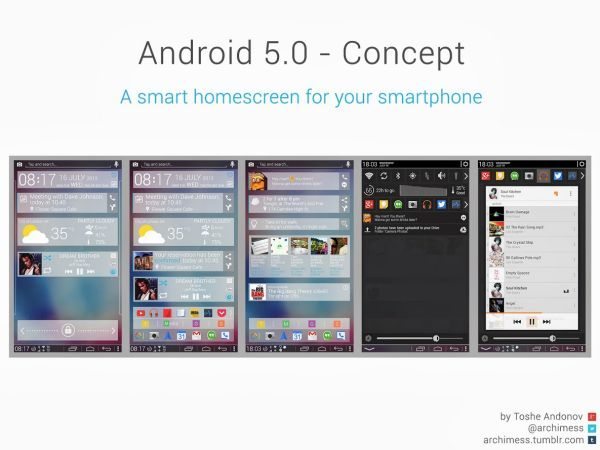 The next operating system update majority are waiting for is Android 5.0 Key Lime Pie, but for now nothing has been announced so we have to rely on concept ideas with the hope some of the features release in the public version.

Today we would like to talk about the new Android 5.0 KLP concept with smart homescreen by Toshe Andonov via Google+, Phones Review already showed you one KLP concept idea a few weeks back that we believe should happen in the final release and now we have another, which looks even better. 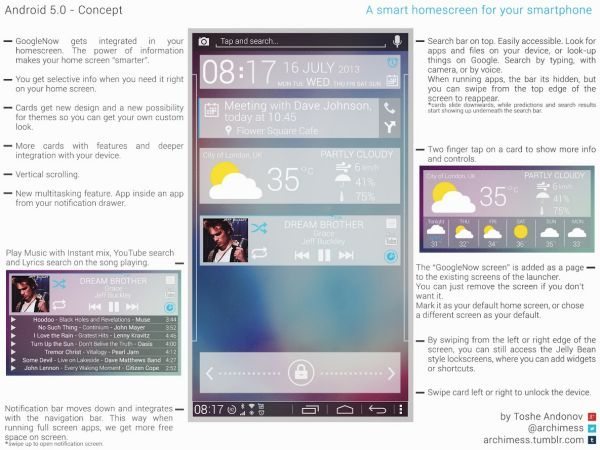 If you like a personalised look then we know this concept will be right up your street, the screensshots shown above and below offers so much in the way of features, such as the Cards getting a new design, which can use custom themes. If you want more cards with deeper integration then look no further, this concept offers a new multitasking feature and even vertical scrolling, as well as an app inside an app within the notifications drawer. 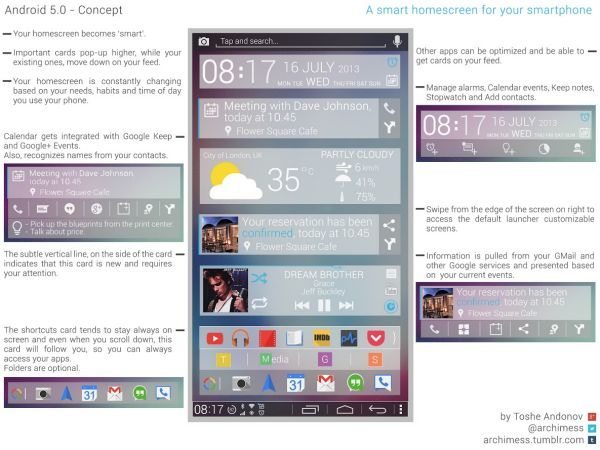 Other features include Google Now being integrated in the homescreen, selective information when you need it, there is a new search bar at the top for easy access where the user can look for files, apps or the ability to search Google, it also allows users to search by typing with camera or voice.

There is a new swipe left or right card feature to unlock the Android device, the homescreen will be a whole lot smarter where it will change constantly based on your personal needs or habits etc. 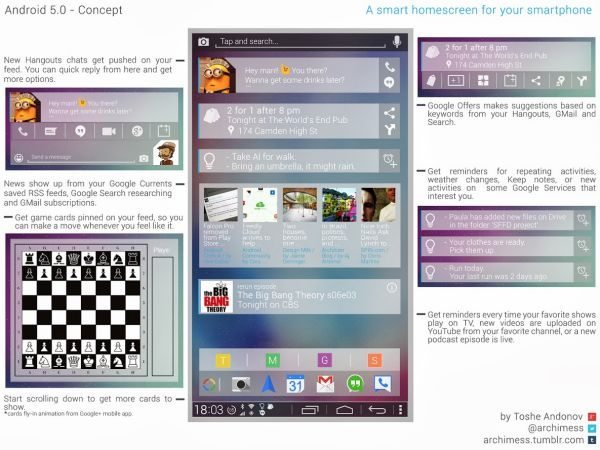 The Hangouts chat can be pushed to your feed and will also allow the user to reply thanks to a new option, we will not say anymore as the screenshots reveals all.

A few comments over on the Google+ page are rather interesting, one commenter said that is it looks like windows mobile 6 for those who remember, Toshe replied to those sort of slated the concept by saying “This is not a design concept. I repeat: This is NOT a design concept. The design is relative and the features are the main thing to look at here. So, people – READ, READ, READ.”

Please let us know if you would like this new Android 5.0 Key Lime Pie concept to become reality?