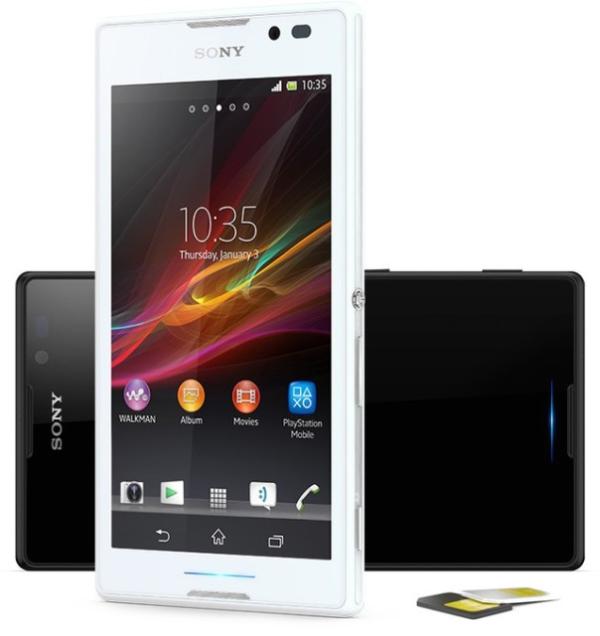 Sony has been on a bit of a roll recently with regards to releasing new hardware to the public, and away from its flagship handsets the company is also providing more mid-range devices. Today we have the news that the Sony Xperia C could be coming to India and we also have the handset starring in a hands-on review video.

We first heard about the Sony Xperia C just before it was officially announced by the company and at first it was wondered if the device would be an exclusive for consumers in China, but as VR-Zone are reporting the handset is down to arrive in India sometime this month as well as hitting the UK and other countries in the future.

The handset features a 5-inch qHD TFT display at a resolution of 960 x 540 that is powered by a quad core MediaTek MT6589 processor running at 1.2GHz, which is paired with 1GB of RAM. Other features of the handset include dual SIM support, 8-megapixel Exmor R camera, Android 4.2.2 Jelly Bean, and all this is packed into a device measuring 141.5mm x 74.15mm x 8.88 mm weighing 153grams.

It is thought the device will cost around RS. 17,999 and below this article we have a quick hands on video of the Sony Xperia C, which quickly shows how the design of the handset reveals how large it looks in the hand.

The video does mention though that the handset is an exclusive for China so maybe it might still release in India under a different name, but you do get to see the various buttons on the handset that include a dedicated camera shutter button.

A camera function that talks to the user and helps them to improve the shot they are about to take is demonstrated along with some new options in the Walkman mode. We will have to wait and see if the device is coming to other regions so in the meantime check out the video and tell us what you think of the handset.