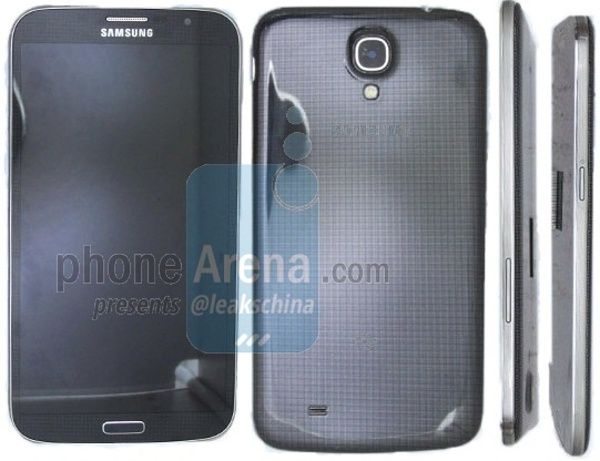 Today the massive Samsung Galaxy Mega 6.3 Duos photo has leaked online and since doing so has had a mixed emotions, the Dual SIM version Mega 6.3 design does not seem to be loved by a few.

We all know about the Samsung Galaxy Mega 6.3 and it might be getting a dual SIM version fairly soon possibly releasing to the Chinese market, hopefully Verizon will get this smartphone as well if it releases outside China.

The new Galaxy Mega 6.3 DUOS is a dual-SIM phone with GSM and CDMA compatibility, and comes with the same specs as the international Mega 6.3.

It has been said it will have the SCH-P729 model number and come with the normal 6.3-inch LCD display, 1.7 GHz dual-core Exynos processor, resolution of 720 pixels, 1 GB of RAM, 2-megapixel front camera, 8-megapixel rear camera, will come running Android 4.2.2 Jelly Bean and will have a microSD card slot.

Bluetooth certification has apparently been cleared on the Samsung Galaxy Mega 6.3 Duos, but as of yet no release date or price has been officially announced. The photo you see below comes courtesy of Phone Arena and the design according to a few consumers online have said they are disappointed.

If you visit Droid-Life some comments came in about the design and one reader said it has the same old look with no variation, Samsung will release a new design sooner or later and all the Galaxies we know of today will look old. Some are moaning about the 720p and this is bad on a 6.3-inch display, should 720p be restricted to smartphones up to 4.5-inches or does this not matter?

Some say the Samsung Galaxy Mega 6.3 DUOS should come with a 1080p display and a battery bigger than the 3,200 mAH it comes with, do you agree?

As soon as we know more about the Samsung Galaxy Mega 6.3 DUOS we will notify you.