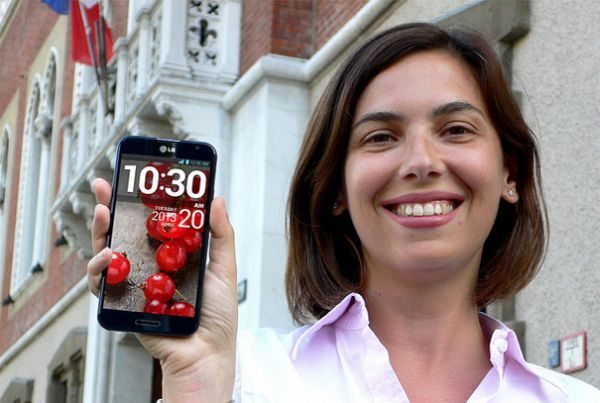 The LG Optimus G Pro has been available in South Korea since February 2013 and LG has decided to release it to 40 more countries starting with Italy. The only downside and shock is that the UK will probably not be seeing a release of this smartphone.

So far to date, LG has sold over 1-million LG Optimus G Pro units in South Korea alone, so it is going to be very successful when it comes to overall worldwide sales.

The availability expansion will start with Italy and then other countries such as Middle East, Europe, Commonwealth of Independent States and Latin America will get the Optimus G Pro. UK will probably not get the smartphone because LG feels that the LTE network in this country is immature.

The LG Optimus G Pro key specs include a 5.5-inch True Full HD IPS Plus display with 400ppi and 1920 x 1080 pixels, as well as a 1.7GHz Quad-Core Qualcomm Snapdragon 600 Processor, 2GB RAM, 32GB internal storage, microSD card slot for up to 64GB storage, 13-megapixel camera on the rear featuring LED Flash and a 2.1MP on the front.

It comes running Android 4.1.2 Jelly Bean operating system and has a 3140mAh removable battery that is wireless charging capable, it also comes pre-loaded with QuickMemo, QSlide and Live Zooming.

It is a shame the UK will not be getting this phone; surely LG should sell it in this country and let the users decide if it is for them. Many consumers use 3G and not bothered if they get 4G or not, you can still use 3G on the Optimus G Pro.

Are you a little disappointed that the UK might not get the LG Optimus G Pro smartphone?