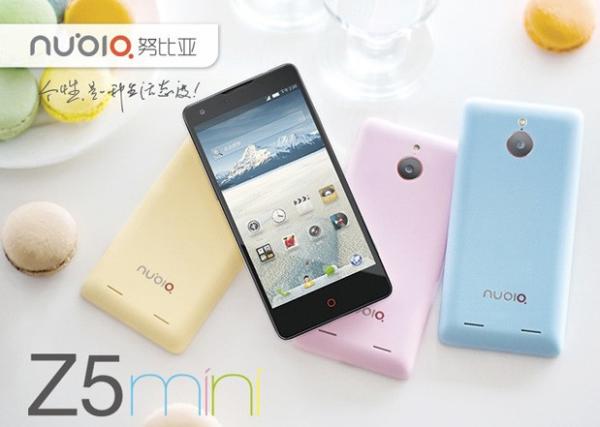 While we have seen an explosion in new smartphones with larger than ever display sizes, we have also seen a growing trend for smartphone manufacturers providing mini versions of their flagship devices and begun last year with the Samsung Galaxy S3 mini. Now the official price and specs for the ZTE Nubia Z5 have been revealed.

The handset has been officially unveiled by ZTE in China with the handset aggressively priced at 1,888 CNY which is around $308, and for your money you will get a smartphone that isn’t quite as Mini as the name suggests.

It has a 4.7-inch touchscreen display which is the same size as the HTC One, but with a HD resolution of 1280 x 720 and 316ppi that is powered by the quad core Qualcomm Snapdragon S4 Pro processor clocked at 1.5GHz, which is paired with 2GB of RAM running the Android Jelly Bean OS.

Other specifications include a 13-megapixel rear facing camera, 5-megapixel front facer, 16GB of on board storage that can be expanded via microSD card, and a 2,300 mAh battery unit. The handset is the smaller brother to the 5-inch ZTE Nubia Z5 that features a Full HD display but as you can see there isn’t much difference in size.

The ZTE Nubia Z5 Mini is available now in China in a choice of colours but there is currently no word if the handset will be made available in other markets around the world.