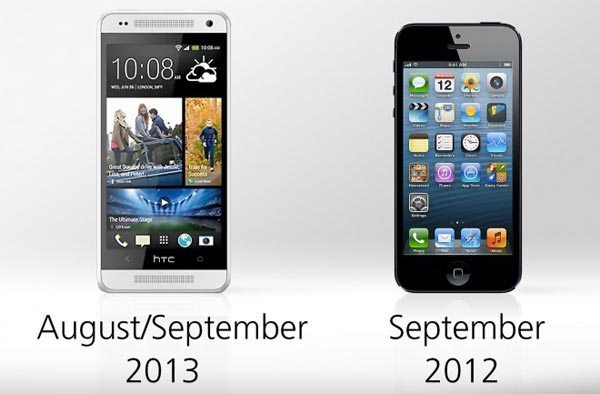 One of the latest matchups we have seen this week is the Apple iPhone 5 vs. HTC One mini, although it is a little strange considering the age difference between these smartphones. As you can see in the image below this article, the iPhone 5 launched in September last year and the HTC One mini is releasing around the same time as a newer iPhone 5S or 6 that we are yet to receive confirmed specs on. 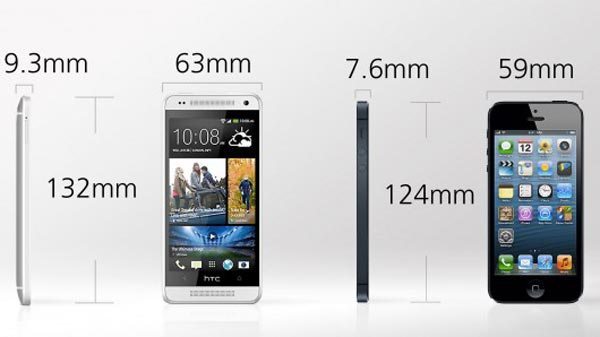 The HTC One mini is slightly longer and a little bit wider than the iPhone 5, the exact measurements can be seen in the image above, and while both phones are built using aluminum and include similar specs it must be stressed that Apple is about to launch a newer model within 2 months.

Today, we have two comparisons we would like to feature for our readers. The first can be found on GizMag, which includes some images detailing the finer HTC One mini vs. iPhone 5 specs to make it easy to scan the article. This is an ideal read for those of our readers that want to compare both phones on paper, but if you want to learn a little bit more then you should take a look at some videos.

Below you will see a video taking a look at the HTC One Mini vs iPhone 5 in terms of specs. The guy in the video compares the majority of features including battery, sound, camera, memory, processor, screen size, weight, and a lot more including price.

It is good to see how these phones compare, but would you really purchase an iPhone 5 this close to the next iPhone launching?