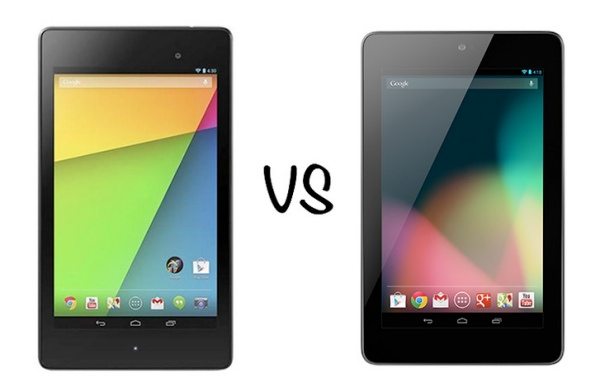 Earlier today Google announced the new ASUS Nexus 7 2nd-generation, although we will call it the Nexus 7 2, as this is what most people will be calling it. Having said that, it’s not about the name, but rather the new hardware, along with a few minor alterations to the exterior design.

It’s obvious that now Google has announced the all-new Nexus 7 people will first wonder how it compares to the original Nexus 7, and secondly, what differences there are against the current iPad mini.

However, the biggest differences is with the hardware, as the ASUS Nexus 7 second-generation now comes with the much rumored Qualcomm 1.5GHz Snapdragon processor, and has parted with Nvidia and their slower 1.2Ghz processor. The new Nexus 7 tablet also sees its RAM doubled, so now 2GB instead of 1GB.

Finally, the 2013 version of the Nexus 7 comes with Android 4.3, which is said to be faster, and offer significant battery savings, which is needed, as there has been no change to the 4,325mAh battery.

Nexus 7 2 vs. iPad mini — Looking over those figures above, it seems as though ASUS and Google have done what they set out to do, and that is to outdo the iPad mini. Take the screen resolution, 1024-by-768 resolution and 162ppi for Apple’s smaller tablet, that’s twice the pixel count. It’s not worth going over the other figures, as we know the iPad mini has a much older and slower processor and less RAM. However, the biggest difference is price, as the iPad mini costs $100 more than the Nexus 7 2. However, we wonder how long it will be before things shift Apple’s way once they release the iPad mini 2, depending if we get the updates we so desire?

One thought on “Nexus 7 2 vs. original Nexus 7 and iPad mini”