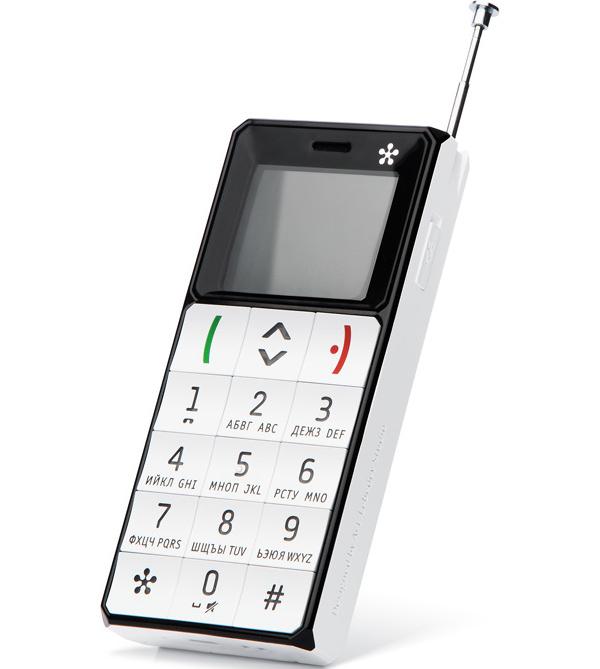 There will be many of us that unfortunately, depending which way you look at it, will be old enough to remember the mobile phones that were being used years ago that resembled a house brick and obviously didn’t have the features we are all used to now. We now have a retro brick phone for you with a one week battery life.

The team on Phones Review like bringing our readers a variety of concept phone ideas that are normally of things based on rumours of new upcoming smartphones. Today’s one is a little different though as it resembles devices from years gone by and the feature handsets that were common place in the 1990s.

My first mobile phone was the Motorola M300 flip phone that was a lot bigger than the device that you can see on this page, but this concept that is the work of the Art Lebedev Studio takes you back to the days of retractable antennas.

There was none of these Full HD colour displays that we are used to now, and there wasn’t even SMS text messaging let alone emails. This device takes us back to the black and white monochrome displays while the only game you may have installed on the device was Snake.

You rarely had to worry about battery life though as many users would have a spare battery charging up in a cradle ready to quickly snap on, and it wasn’t if the batteries drained down quickly anyway. This device could still find a niche market though for the older generation or those that just wants a phone to make calls.

It could come with some minor features though such as a calculator, clock, calendar, and a flashlight and you wouldn’t have to worry too much about damaging the device as there wouldn’t be any fragile display to crack.

What was your first mobile phone?