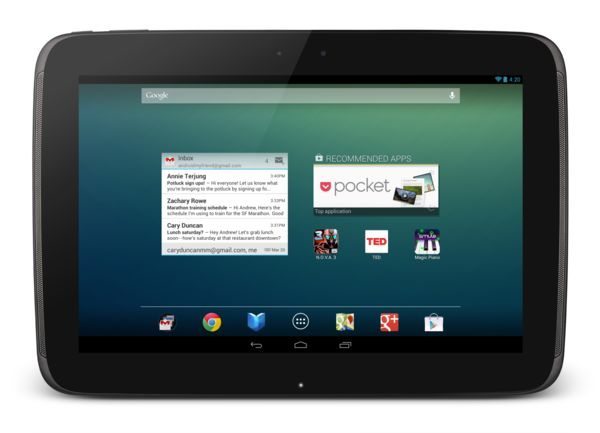 Released so far is the Samsung Nexus 10 tablet and we have heard rumors for a while now about new tablets being worked on, and if the new leaks are correct we could see in the near future new Samsung 10 and 12.2-inch tablets.

Samsung are expected to release new tablets this year and if @evleaks are correct these could include a new 10-inch version with a Snapdragon 800 CPU and the other being a 12.2-inch tablet with a Exynos 5 Octa processor, possible the new Exynos 5420.

So we are looking at a Samsung Nexus 10 refresh and a completely new 12.2-inch flagship tablet, which we believe will be the one to go up against the new iPad 5.

We know for sure there will be a Samsung Nexus 10 2 (2 is for 2nd generation), they released a new Nexus 7 recently so it makes sense to release a new upgraded 10-inch. We are more interested in the 12.2-inch Samsung tablet; we can see this being a hit.

Are you interested more in the Samsung 10-inch or 12.2-inch tablet?