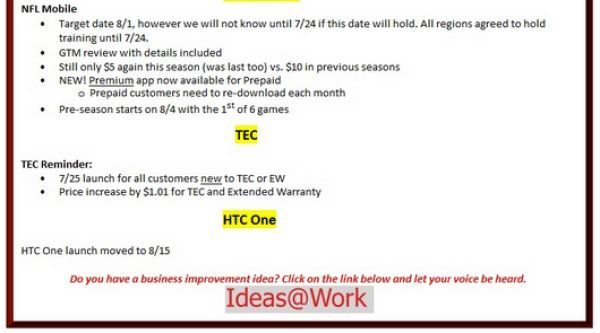 Customers waiting on the Verizon HTC One are not happy at all, of course there will be a release but the question is when? Verizon will want its logo and its own bloatware and maybe this is why there is a delay, but customers are not so bothered about this, all they want is the smartphone now.

Yesterday we reported that Verizon needs to hurry up with the release because it could coincide with the Apple iPhone 5S release, we are not too far away from September now and this is the month the 5S is expected to to be unveiled. Verizon of course will see the Apple smartphone as well so it would be madness to sell the 5S and HTC One close together. 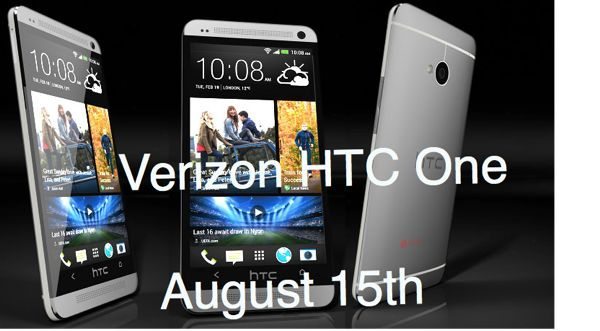 We now have some interesting information courtesy of Droid-Life, they have posted a screenshot with a release date on it (See Below), the leaked document says that the HTC One on Verizon will release on August 15, which is 2 weeks later than the first expected release of August 1st.

Verizon did say they would launch the HTC One in the summer; the last day of summer is September 21 so they have not lied in any way shape or form. It’s just annoying that other US network carriers have the HTC One, which angers Verizon customers.

The Moto X is expected to be unveiled tomorrow and this could sway customers to choose this smartphone, just a suggestion. Could this be the case that Verizon wants to push its DROID brand before releasing the HTC One?

Please let us know what you think of the new Verizon HTC One release date of August 15?

3 thoughts on “HTC One Verizon new release date to upset”