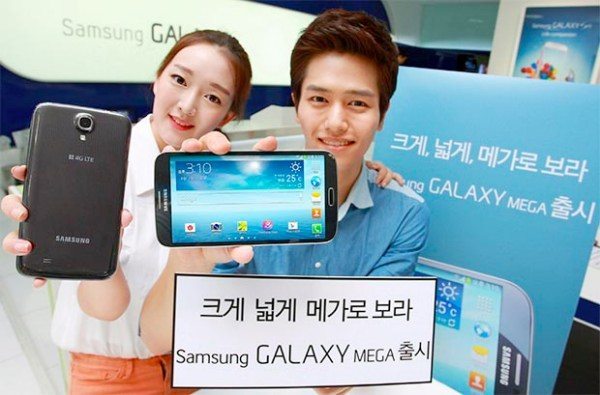 The Samsung Galaxy Mega 6.3 released in some regions in June and now this phablet-style smartphone has been announced for South Korea. It will be available on all three carriers, and the Mega 6.3 (SHV-310) will have the same features as the international model as well as some extras for buyers in South Korea.

As well as this a DRM service coming in September will provide educational content for the phone. The price of the Samsung Galaxy Mega 6.2 for South Korea is 700,000 won and it will be available in black or white color options, although it seems the black version will be available first.

This is the largest of Samsung’s Galaxy Mega smartphones and we’d like to know if you’re interested in this device. Maybe you’re in South Korea and will be one of the first to buy the Galaxy Mega 6.3? Why not send your comments to let us know.