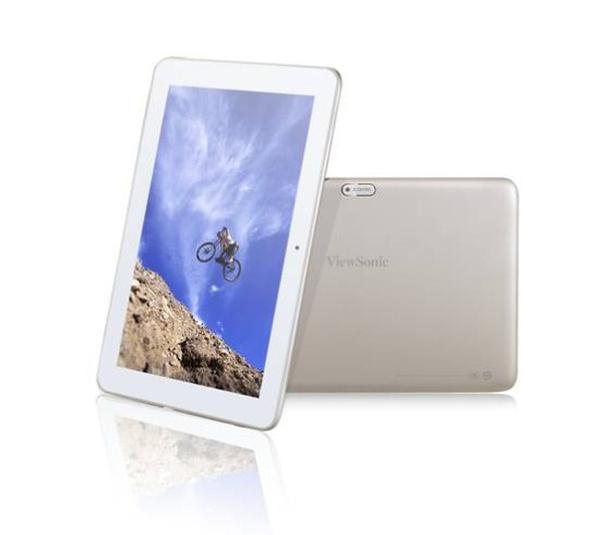 The Android tablet PC market has got extremely crowded in the last couple of years especially in the entry level market with smaller sized hardware, but now we have news of the ViewSonic Viewpad 100Q 10-inch tablet that is priced like the Nexus 7.

ViewSonic may not be the most recognisable name when it comes to Android devices but the company has been producing a number of mid-range tablets for a while now. The company has now revealed a new device called the ViewPad 100Q which is a 10-inch device that is powered by a Rockchip RK3188 1.6GHz quad core processor.

The IPS HD display also has 2GB of RAM under the hood along with 16GB of on board storage that is expandable further via microSD card, and there is even a HDMI port thrown in for good measure. The device will ship running the Android 4.2 Jelly Bean operating system, and while the device hasn’t got the most powerful specifications the price may appeal to many users.

It will come with a price tag of only $230 which puts the device around the same position with regards to cost as the Nexus 7 although with a bigger display. There is also front and rear facing cameras but the company hasn’t revealed the specs for these yet, and it weighs only 1.3 lbs.

There are still some users that prefer the larger sized tablet PC despite the explosion in appeal for smaller 7-inch models, and the ViewPad 100Q may prove ideal for those on more of a budget.

Do you like the look of the ViewPad 100Q?