Samsung Hennessy may price itself out of market 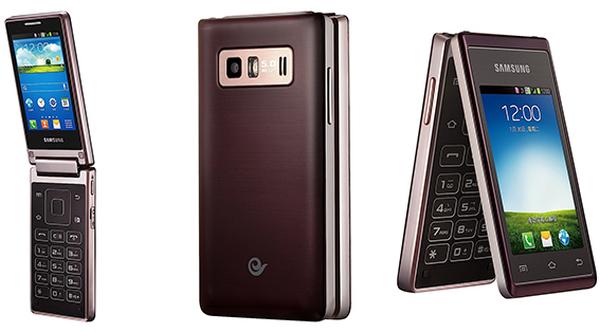 We are getting used to Samsung grabbing all the headlines for its flagship smartphone devices, but the company has a far broader range of handsets on offer to consumers. The recently announced Samsung Hennessy flip phone may price itself out of the market though if a website listing is correct.

A few days ago renders of the handset emerged just before Samsung officially confirmed the Hennessy that looks set to arrive just in China for the time being. The device has appeared on some Chinese websites with the price of 4999 Yuan which works out to be about Â£525/$817 which is quite a lot considering the specifications of the device.

The Samsung Hennessy comes with two 3.3-inch touchscreen displays at a resolution of 480 x 320, with the external display featuring a trio of capacitive buttons. Under the hood is a quad core processor running at a clock speed of 1.2GHz that is paired with 1GB of RAM.

There is also a 5-megapixel camera along with a 1,500 mAh battery, and obviously the device isn’t exactly on the small size measuring in at 110.85mm x 59.3mm x 18.62mm weighing 208grams. The handset also offers dual SIM support, microSD card slot, Bluetooth, GPS, and Wi-Fi while running the Android 4.1 Jelly Bean operating system.

You will also find the Samsung TouchWiz Android skin with features such as the ChatOn instant messaging tool, but it is not likely the device will be seen outside of the Asian market.

Do you like the look of the Samsung Hennessy?